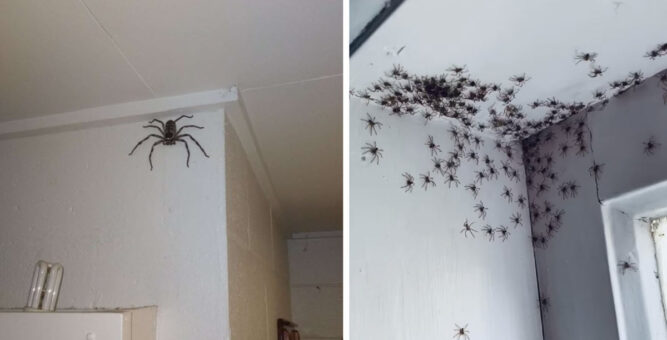 Are you one of the many people in the world who is afraid of spiders? I’ll be honest: I want nothing to do with them. Where we live in Texas, we have brown recluse and black widow spiders and the further they are from me, the happier I am. My wife isn’t one bit afraid. She said she’s gone this long without being bitten, so she’s just not going to stress about it. It’s not that I’m afraid of the spiders themselves, but rather what can happen if they bite me. Well, in Australia, there are more than 10,000 species of spiders, and some of them are quite large.

For example, the Huntsman spider is big enough to drag a rat across a room, believe it or not. This huge spider can grow to have a leg span of up to 5.9 inches. That’s a big spider. Fortunately, they’re not typically aggressive towards people, but their bites can make someone sick by causing nausea, swelling, and even heart palpitations. A woman in Australia was surprised recently when one of these big spiders moved into her house. But the female spider didn’t come alone. The spider was pregnant and had hundreds of babies inside the woman’s house. Seriously, a lot of baby spiders.

The woman, whose name is Claudia, was home with her family when her daughter came to let her know that there was something unusual going on in her bedroom. Claudia went to see what was going on and sure enough, there were a lot of baby spiders crawling around on the ceiling. A lot. The babies were crawling everywhere because the mother spider hatched near a window in the bedroom. Apparently, the family didn’t notice the spider, although they’re pretty hard to miss. 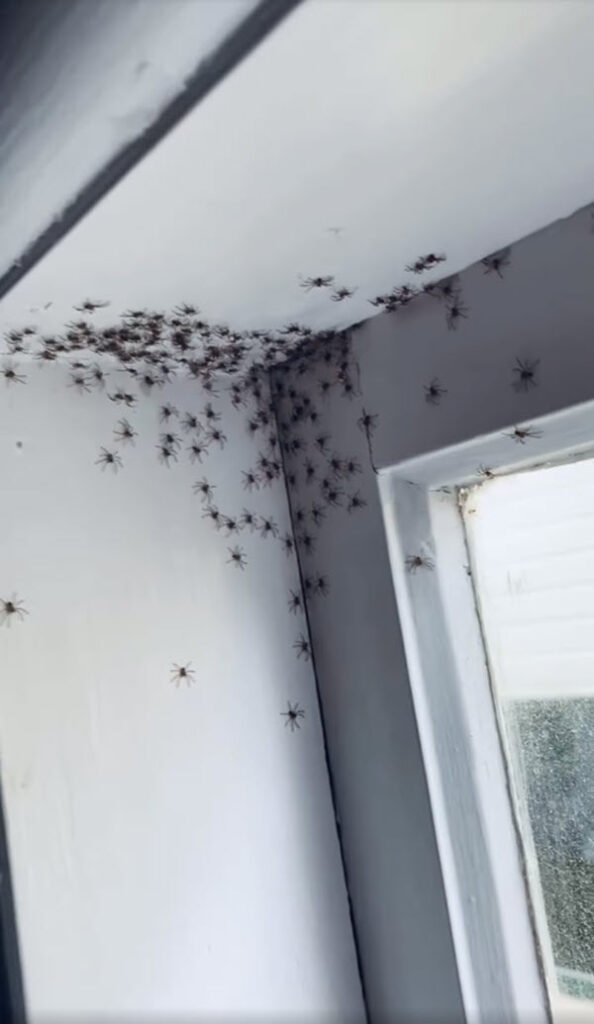 In an interview with The Dodo, Claudia said that although she’s accustomed to seeing a Huntsman spider in the house sometimes, she never expected to have an “entire kindergarten.” Claudia absolutely refused to kill them. Instead of removing them forcibly, Claudie just opened the window very gently and they were all gone the next morning, she says. Watch the video below.