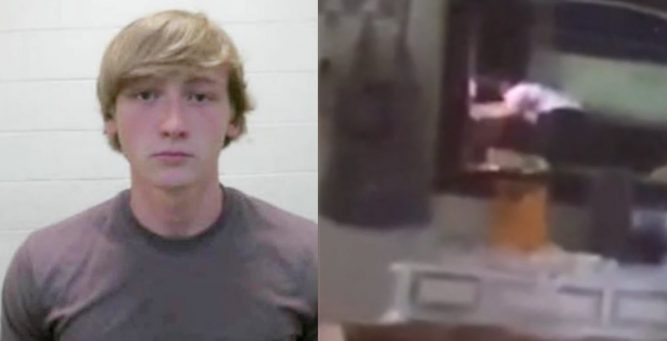 Animal abuse is a problem that takes place all over the world, and it doesn’t matter if the household’s wealthy or poor, abusers come from all walks of life. Often times, their abuse goes unpunished as animals can not speak for themselves. And for dog parents who it can be very hard to spot abuse as the abusers can often hide in plain sight. However, with technology, many abusers are being unmasked thanks to home surveillance cameras that capture their actions when they believe no one is around to see them. These acts are cowardly and sickening to watch as helpless animals find themselves at the mercy of sociopaths.

In Robertsdale, Alabama, a woman catches a sickening act of animal cruelty on her home security camera. However, the source of the abuse shocked her as it was none other than her daughter’s boyfriend. According to Sandy Raymer, her daughter’s boyfriend severely beat and abused their dog Echo. In the video, 20-year-old Adam Callaghan appears to strike the dog several times with a broomstick; he even appears to kick the pup later on. From the position of the camera, you don’t see the attack directly. However, the camera catches the reflection of Callahan in a mirror as we hear the stick slamming against the dog’s flesh as the animal howls in pain and terror. 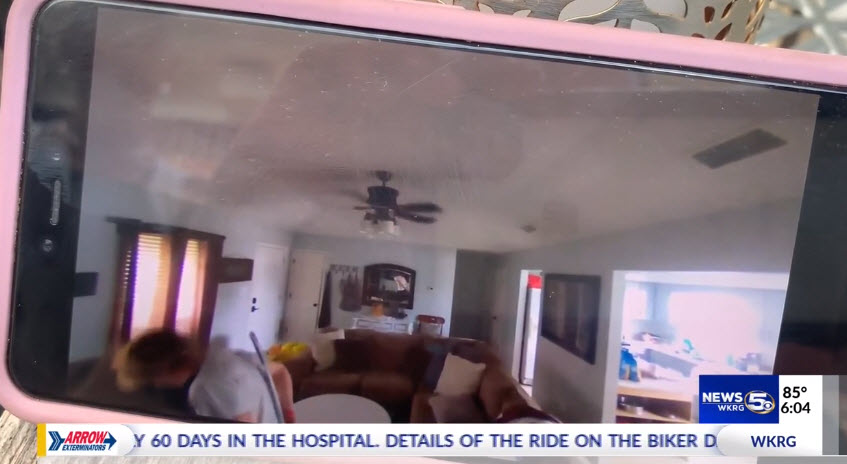 The attack took place in late May, and since then, local police had arrested Callaghan. As for Raymer, she hopes justice will be served.

“This video shows my dog helpless laying there while this individual hurt him over and over again,” said Raymer. 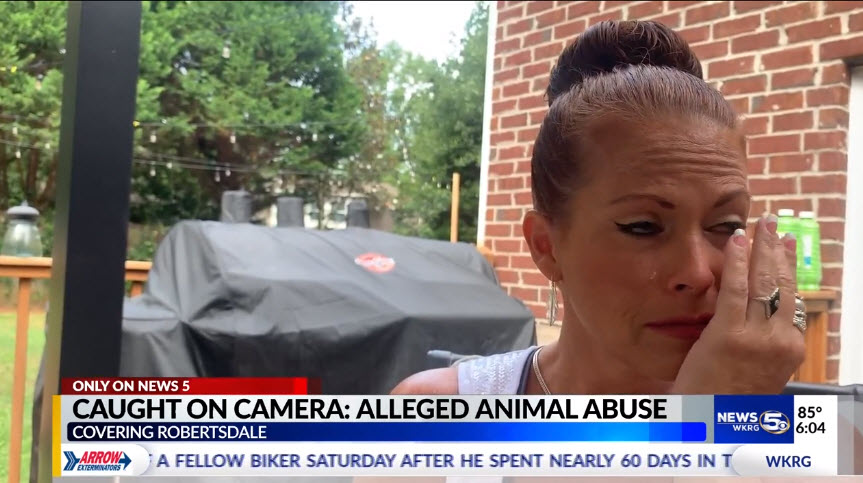 She’s quite upset because this dog mom feels that a misdemeanor charge isn’t nearly harsh enough.

“I am begging that people use your voice for them because they can’t. This has to change. What’s on this video is not a misdemeanor offense,” she said. 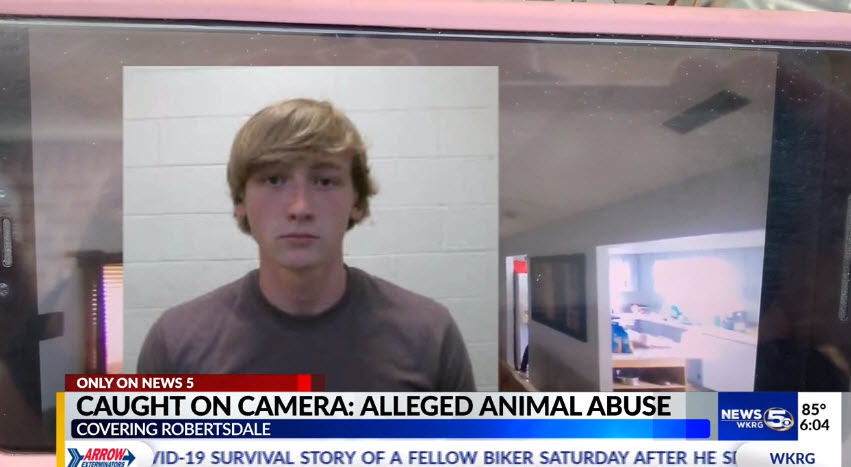 The mom also worries that similar abuse took place in the past, and she’s hoping that his arrest will make her pup feel safer.

So far, Robertsdale Police said they could not comment on the ongoing investigation, but says they have the video and plan to present it as evidence. Callaghan is expected back in court on June 24. Here’s a news report about this horrific story.