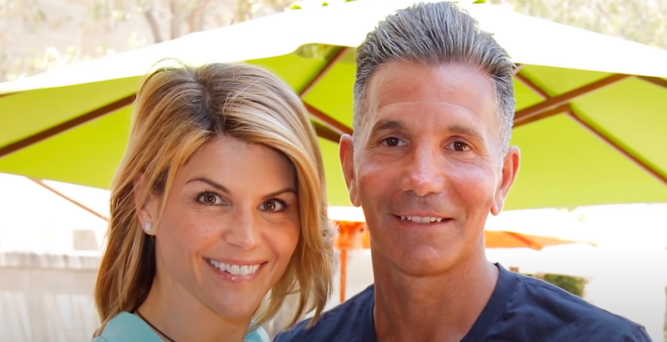 If you’re a fan of the popular 1990s TV show “Full House,” you’re probably familiar with who actress Lori Loughlin is. She played the beloved Aunt Becky character on the show. Loughlin is married to fashion designer Mossimo Giannulli and the couple recently plead guilty to charges that were connected to a huge college admissions scandal. In court, the couple admitted that they attempted to pay a bribe of $500,000 to buy their daughters, Isabella Rose and Olivia Jade, admission into the University of Southern California. Some months after the couple went to court, the judge in the case sentenced Loughlin to two months in jail.

Two months is a laughable sentence and basically little more than a slap on the wrist. However, for someone who’s accustomed to a life of nothing but comfort (and even quite a bit of luxury), it can’t be an easy adjustment. As it turns out, reports are surfacing that suggest that the actress isn’t doing well behind bars. She started serving her sentence on October 30 at the Federal Correctional Institution that’s located in Dublin, California. Six days into her sentence, reports say that the actress is struggling to adapt from being a celebrity to just another inmate at a correctional facility.

#LoriLoughlin may not have any communication with the outside world https://t.co/W7nv50hnxM

“Lori really went into prison strong — she had her faith and the support of her family — but the first few days and road ahead are daunting,” a source close to the family told Us Weekly. Another source said that the actress has been “a wreck” in the days that led up to reporting to serve time for her crime, and the source added that Lori “tried her best to be brave and look at the end result but there was nothing that could dissipate her fears. It’s only two months but she’s dreading it. Her mind keeps telling her that something will go horribly wrong in prison or that her stay could be prolonged.”

I know there's a ton going on in the world right now, but just a reminder: Lori Loughlin has finished her prison quarantine and is now in gen pop.

That’s been known to happen and hopefully, the actress will emerge from prison with a renewed interest in the plight of those who are behind bars and have no glamorous life to go home to. The actress broke into tears during an August virtual hearing, and on top of her jail sentence, she was fined $150,000 and will be required to do 100 hours of community service upon release. Also, she’ll serve two years of supervised release. Her husband was sentenced to five months in prison, and he’ll be paying a hefty $250,000 fine and complete two years of supervised release. He’ll also be doing 250 hours of community service.

Lori Loughlin Is 'Struggling' In Prison As She Misses Her Comfortable Life https://t.co/rd7zlGttKg pic.twitter.com/x9XxBUyMTZ

Here’s a news video about this story.