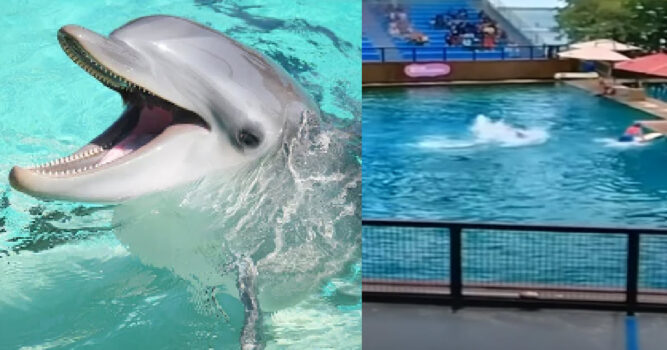 A terrifying video has surfaced on social media showing the moment a trained dolphin violently attacked its trainer while they were performing a show at the Miami Seaquarium.[1]

The New York Post reports[2] that a marine trainer was transported to the hospital following a vicious attack by Sundance the dolphin, who reportedly “broke away from routine” while performing a live show and started ramming the trainer. 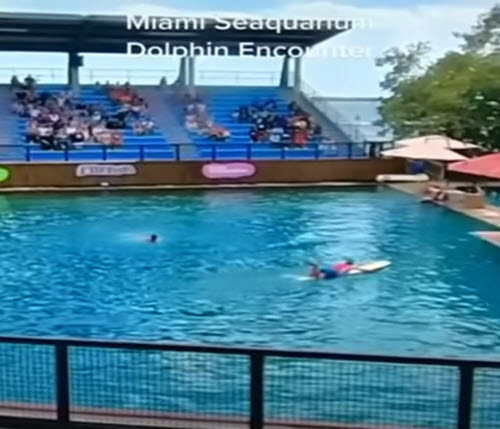 Footage of the shocking incident was recorded by an audience member and photographer Shannon Carpenter.

He added: “The kids were cheering and thinking this was neat… You could tell the adults knew something was wrong.” 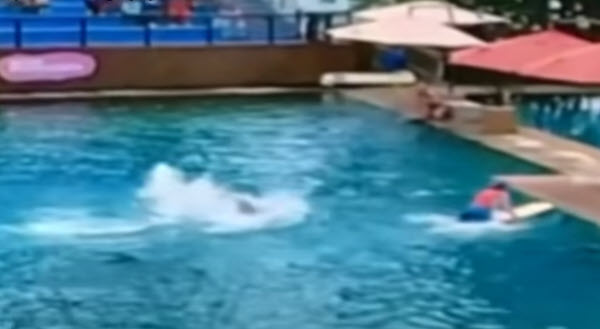 CBS News reports[3] that the incident took place on a Saturday during the park’s “Flipper Dolphin” showcase. After Seaquarium’s internal investigation into the incident, officials found out that the trainer accidentally scratched the dolphin with her hand, which caused the creature to begin ramming her.

The video shows the trainer struggling to remain afloat as Sundance dragged her underwater before pushing her forward. 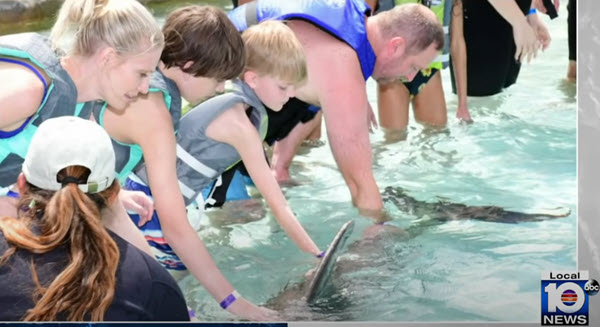 Local 10 News[4] reports that the Miami Seaquarium released a statement after the incident, saying:

“A dolphin and trainer accidentally collided in the water on Saturday while performing a routine behavior as part of the Flipper Show.

“This was an uncomfortable interaction for both of them and the dolphin reacted by breaking away from the routine and striking the trainer.

“As a precaution, Miami-Dade County safety authorities were contacted. Our family extends to include the animals in our care, our team members and our guests. While there is no apparent serious injury, a careful watch and follow-up evaluations will ensure the best care for all.” 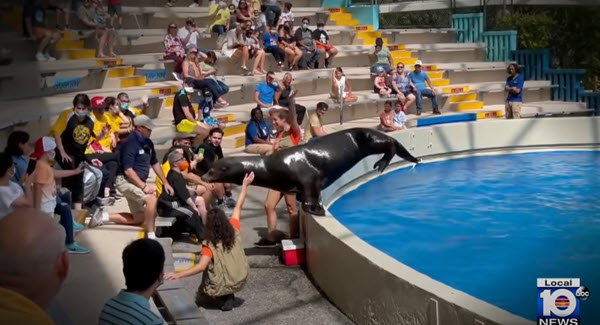 However, PETA is criticizing the part after the disturbing incident. In a statement, the animal rights organization said “time is up at Miami Seaquarium” and accused the park of holding “long-suffering dolphins” hostage while putting their workers “at risk.”

“PETA urges this abusement park to end its exploitation of dolphins by getting them into sanctuaries as quickly as possible, where they’d never be used in tawdry shows again and no-one else will get hurt,” PETA officials added.

According to the Insider[5], this incident took place after Miami Seaquarium was recently cited for several animal welfare violations in a lengthy 17-page report[6] written in Jue 2021 by the United States Department of Agriculture (USDA).

You can also watch a news report about this story in the video below.