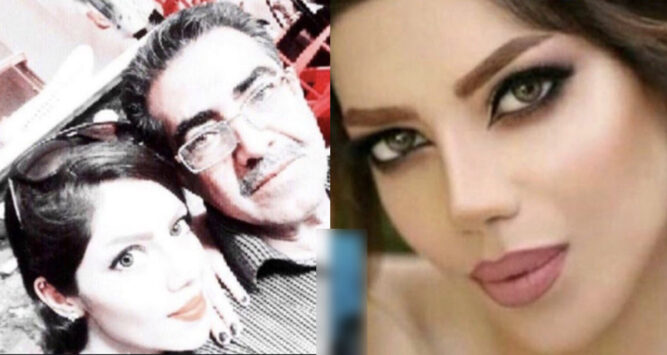 At 22-years-old, Reyhaneh Ameri had her entire life ahead of her. She lived with her family in Kerman, the largest province of Iran. However, one day her father decided to take her life for an absolutely absurd reason, in what is being called an “honor killing.” According to her dad, Reyhaneh committed a previous crime that was deserving of death. You see, she came home a few minutes past her curfew. She arrived home around 11:30 p.m. one night, and her father decided to beat her with an iron rod. He beat his daughter so brutally that she was never able to recover from her injuries.

However, she did not die right away, and her father did not bother calling for medical help. Instead, Reyaneh would suffer for the next 24 hours as she slowly bled to death. According to her sister, who went to visit her parents’ home the next morning between 8:30 and 9:00 a.m., no one answered the door when she knocked. But after she let herself in, what she discovered alarmed her. The house was a complete wreck, so she decided to wait for her parents to come home. Her father was the first to return but became nervous that his daughter suspected he’d done something to her sister and fled.

1/3
Again, another tragedy in Iran which is called #HonorKilling.
Her name is #ReyhanehAmeri from Kerman province of Iran. She is been killed by her father.
When she returns too late to home, she argues with her father about it and he gets angry.#ریحانه_عامری pic.twitter.com/FwBy7IAlpu

When her mother arrived, they went to Reyhaneh’s room, where they discovered the poor woman’s clothing, soaked in blood. There was also blood splattered across the walls. When police arrived, they managed to trace the blood back to the father’s vehicle. Before he could disappear, authorities tracked his phone and located him in a nearby village. He was placed under arrest, but at first, denied any knowledge of Reyhaneh’s whereabouts. This led to the police conducting a rescue operation until midnight. And it was then when the father finally came clean.

In fact, he proudly admitted to murdering his own daughter and took the police to where he dumped her lifeless body — an open area in the city. Perhaps most troubling is that police were convinced Reyhaneh was still alive at least two hours before they located her body!

#Iran – Reports of Series of "#HonorKillings" Against #Women in Iran. In #Kerman, #ReyhanehAmeri killed by her father, for coming home late at night. #Mercy – #Violence is NOT the Answer. #WomensRights are #HumanRights – for Women Everywhere.https://t.co/zWzWaho31u

According to authorities, the father had told his wife that he planned to kill their daughter and even tried again in 2017. You can watch a video about this tragic story below.