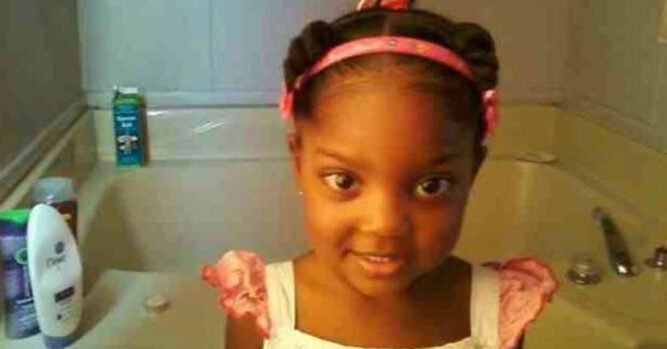 ALERT: This story contains information that some people may find disturbing.

We sometimes hear of stories that are so shockingly disturbing that we have a hard time believing they are true. This is one of those stories and it is enough to make a person want to break down in tears for the little girl that suffered or to rise up in vengeance on her behalf. Samiah Christine Cornell Downing was only 4 years old when she died at the hands of her father and his girlfriend. It has been almost 10 years since that crime took place but now, Bianca Annie Mae Stanch and Ronald Dean Greer will be spending 32 years to life behind bars.

Stanch was living with Geer at the time and according to the DA, she hated his daughter. They were charged with first-degree murder for what they did and sentenced on Oct 6, 2020. The charges against the couple include first-degree murder, torture, and child abuse causing death. At the time of the murder, the little girl was buried in a shallow grave in the desert. Witnesses say that the little girl was abused by Stanch and Greer didn’t do anything to stop it.

SENTENCED: Ronald Greer and Bianca Stanch sentenced to 32 years-to-life for the torture and killing of 4-year-old Samiah Downing. This case touched our team as well as the community. Read More: https://t.co/shqQPO2NcT #JusticeForVictims #SanBernardinoCounty pic.twitter.com/70IeYtFouV

Some of the accusations were that they would punish her by not allowing her to drink water. At one point, the girl was able to access some cleaning solution and she drank it. Samiah was locked in her room and they would duct tape her wrists and ankles overnight. On her last day, she was beaten and had to stand in a corner for 8 hours. They had locked her in her bedroom when they went out to eat one evening and the little girl had died by the time they got home. The coroner said that she died of dehydration.

Samiah Downing, 4, was found in a shallow grave south of Baker, CA. Ronald Greer, 21, and his gf, Bianca Stanch, 19, were arrested.

The trial was postponed due to the pandemic but it got back on track and the couple was sentenced. They will be spending 32 years to life behind bars but I would imagine that many people hope it is life.