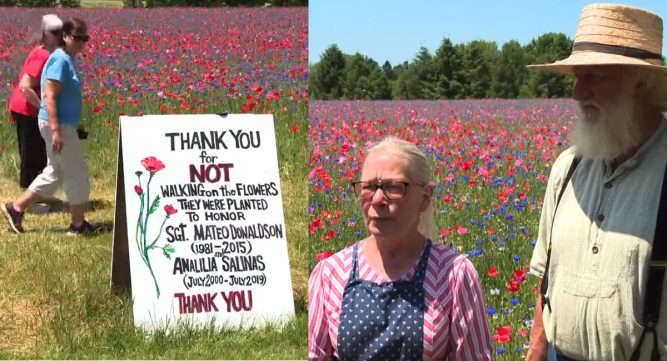 John Van Voorhees and Joan Donaldson decided one day that they would honor their late son, who died after serving in Afghanistan with a beautiful four-acre field of flowers dedicated to his memory. For weeks, folks have started visiting and taking walks through the cemetery in Fennville, Michigan. After strolling through rows of majestic pine trees, visitors are welcomed with an endless field containing red, white, and blue flowers.

“Two years ago, we started planting the poppies in this particular field. We plant it with a wild flower nectar for our son’s bees.”

The field features a sea of lovely poppies.

“Poppy seeds are like dust; there’s like 875,000 to a pound,” says John, who is also the co-owner and operator of Pleasant Hill Blueberry Farm. 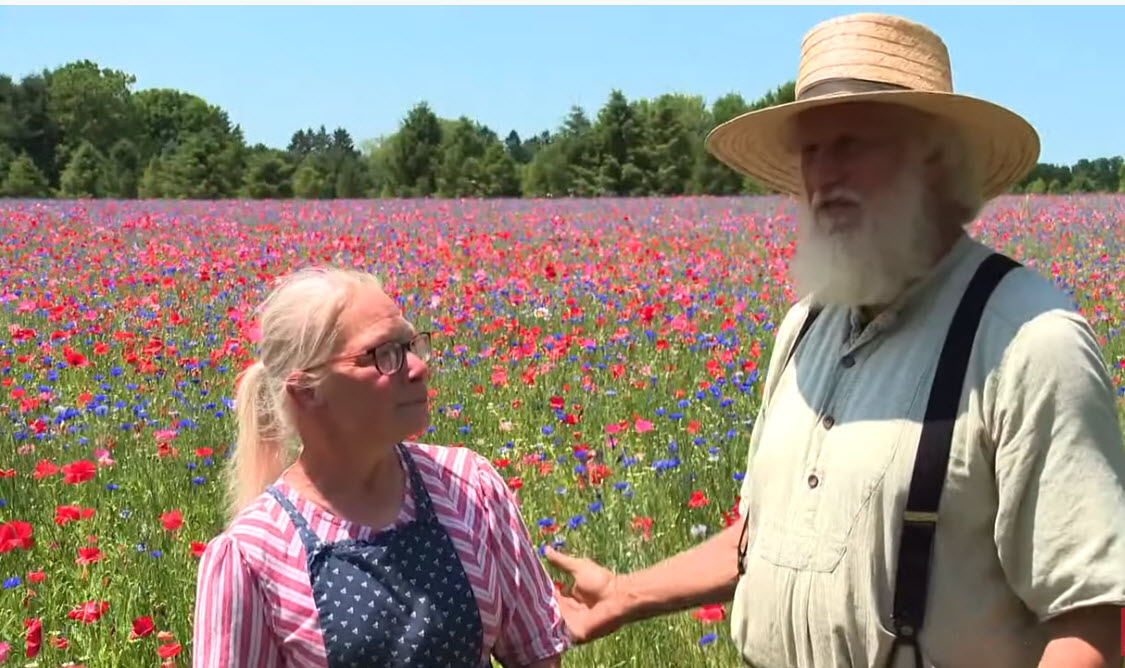 “I think, for the most part, we live in a world where people don’t provide enough beauty, or think about it, or how much it could mean to them. So, maybe when they encounter situations like this, they begin to realize how much they need it,” the couple says.

Sgt. Mateo Donaldson was their adopted son and also a beekeeper on the farm prior to joining the military to fight in Afghanistan.

“He came home with PTSD and took his own life,” Joan reveals. “We decided to create the poppy field in memory of him, because all these flowers feed the bees and butterflies, which he loved caring for so much. He’s not buried very far from this field.” 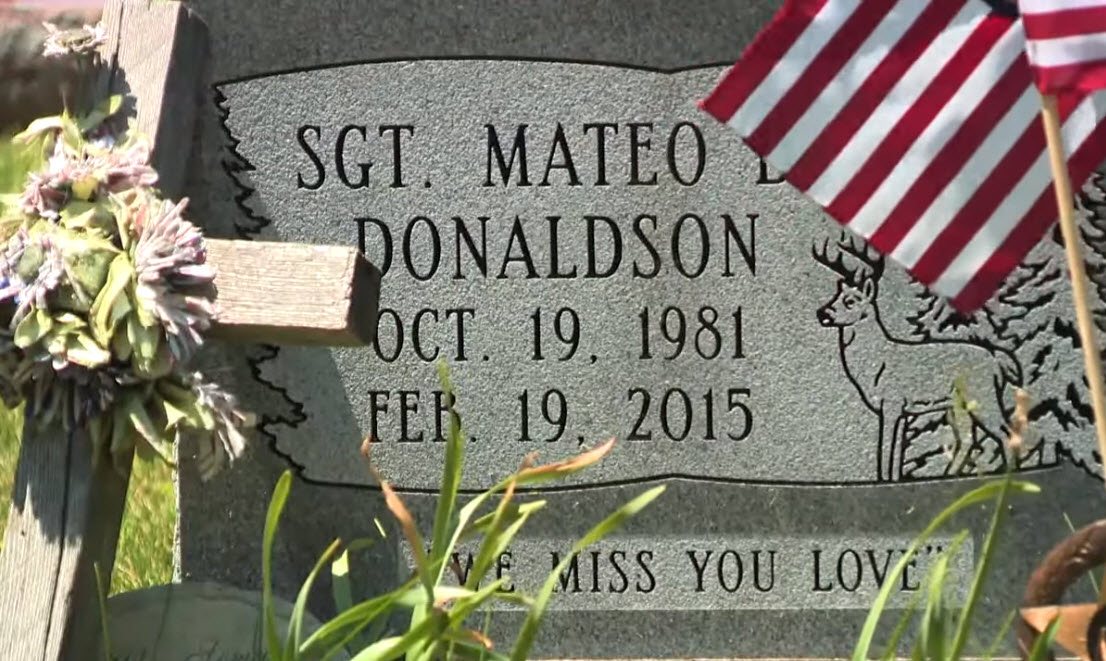 Mateo’s gravesite is only 200 feet away from the field of flowers.

“A couple of other veterans have come to me and said, ‘I have PTSD, but when I’m standing out there looking over that field, I can feel so much peace.’”

They know that Mateo must be watching over his fellow soldiers, helping veterans who are dealing with the same struggles he faced.

Folks who are not veterans also visit the field regularly. And a lot of them are often overwhelmed by the splendor and beauty, taking lots of photos.

“It’s been a hard year. Hopefully, this field gives people a sense of hope and inner joy,” says Joan.

However, when folks visit, they are asked to observe just a few rules.

“We just ask that you don’t walk on the field and please don’t pick the flowers,” Joan says. 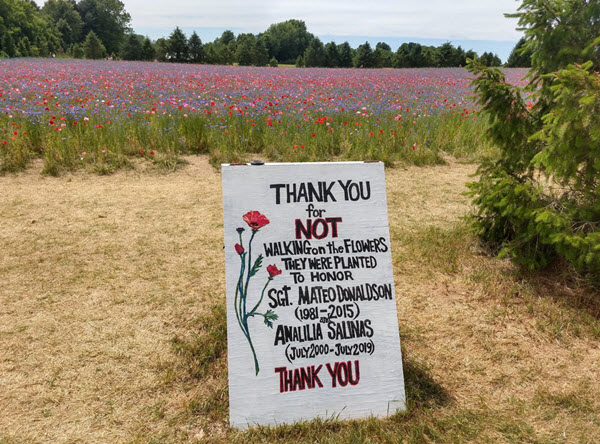 The poppy Field was in bloom for a few weeks and was gone just before the 4th of July.

“I enjoy watching people’s reaction [to the field] when they’re here.” They have a sign as well that reads, “Thank you for not walking on the flowers. They were planted to honor Sgt. Mateo Donaldson (1981-2015) and Analilia Salinas (July 2000-July 2019).”

“I think, for the most part, we live in a world where people don’t provide enough beauty, or think about it, or how much it could mean to them. So, maybe when they encounter situations like this, they begin to realize how much they need it,” the couple says.

If you’re interested in visiting, Pleasant Hill Blueberry Farm is located at 5859 124th Ave in Fennville, MI. They ask that folks park at the cemetery where they can access the farm from there. You can also watch a heartwarming segment about this heartwarming story in the video below.