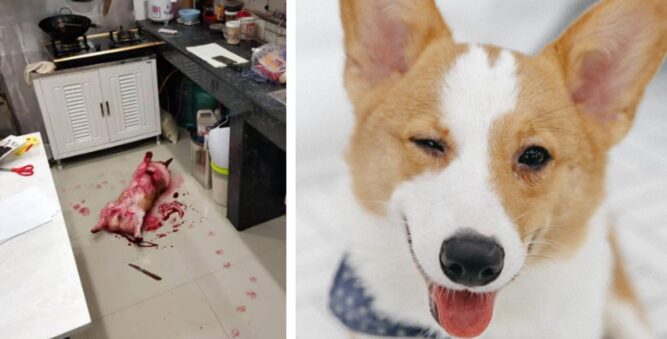 Corgis are a wonderful dog breed, and they’re sometimes called “dwarf dogs.” Traditionally, corgis are cattle herding dogs that originated in Pembrokeshire, Wales. Corgis are descended from the northern spitz-type dog breeds, and they’re famous mainly for being the favorite dog of the United Kingdom’s Queen Elizabeth II. During her lifetime, the queen has had more than 30 Corgis. Although the British Royal Family has favored Corgis for more than 70 years, the breed’s popularity has declined in recent years in the U.K. Interestingly, the breed is still hugely popular in the United States, and there are even meetups for Corgi owners in Los Angeles, New York, Boston, and San Francisco, among others.

When it comes to intelligence, Corgis rank 11th in “The Intelligence of Dogs,” a book by Stanley Coren. Coren’s guide says that the breed is widely considered to be one of the better working dogs. According to the American Kennel Club (AKC), Corgis were the 13th most popular dog breed in 2018. Corgis have erect ears that always seem to be standing up, giving them a curious expression. One unique feature that they have is something called a “fairy saddle,” which is lighter markings on the sides of their withers. This is caused by the changes in the length, thickness, and directing of hair growth.

Corgis love to be a part of the family and they typically follow their owners everywhere they go. Like most dogs, they love to please their owners and they’re fun to train and they love learning. However, they’re also known to be stubborn and their intelligence can get them into trouble sometimes. For example, a Corgi in Thailand recently got some attention when he was busted rolling around in a pool of sticky red syrup.

What’s hilarious is that when the owner found the little guy, he faked his own death to try to stay out of trouble.

Check out this ham of a dog.

His name is Cartier and he is just too much.