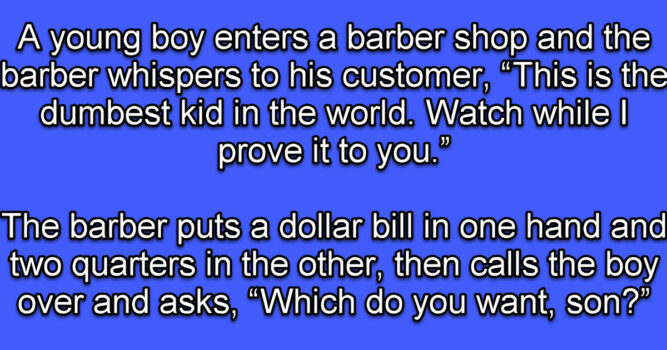 Some adults have absolutely love bullying children. It’s sad, but some grown folks just get a kick out of tormenting those who are smaller and no less than they do about life. Far too often, these adult bullies become teachers and take savage pleasure in belittling kids while showing favor to their “pets.” However, adult bullies are everywhere, not just in schools, but sometimes karma gives them more than they bargained for. In this story, a barber decides to show off in front of his customer by playing a game with a child he calls dumb, only to learn he’d been the fool all along.

A young boy enters a barbershop, and the barber whispers to his customer, “This is the dumbest kid in the world. Watch while I prove it to you.” 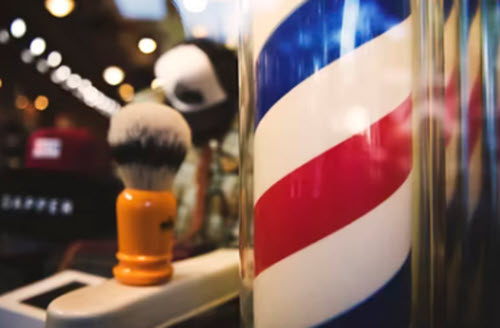 The barber puts a dollar bill in one hand and two quarters in the other, then calls the boy over and asks, “Which do you want, son?”

The boy takes the quarters and leaves.

“What did I tell you?” said the barber. “That kid never learns!”

Later, when the customer leaves, he sees the same young boy coming out of the ice cream store.

Why did you take the quarters instead of the dollar bill?”

The boy licked his cone and replied:

“Because the day I take the dollar, the game is over!” 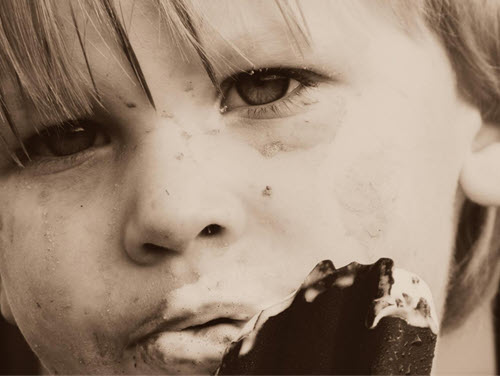 Do you think that kid’s name was Warren Buffett by chance?

If you enjoyed this joke, please be so kind as to pass it on to your friends and family?