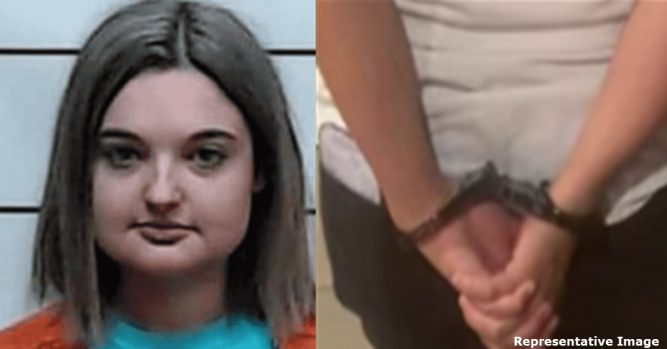 A horrifying incident has recently been uncovered involving a former Mississippi Department of Child Protection Services agent who now stands accused of child exploitation. People reports, Lauren Rose Cavness, from Tishomingo, has been charged with sexual abuse involving several minors who were supposed to be under her supervision. WTVA reports the 26-year-old woman was indicted on one count of child exploitation, two counts of contributing to the neglect of a minor, along with two counts of sexual battery. Information obtained from the Tishomingo County Sheriff’s Department stated that Cavness’s arrest was the result of an investigation lasting several months. It was initiated based on allegations of her being “in inappropriate situations” with two juveniles under her care.

Cavness allegedly engaged in sexual intercourse with two minors, which under the law is molestation. Aside from that crime, officials also discovered disturbing evidence from her phone, which also supported the charges. The indictments also allege that on two occasions, she harbored a runaway child. After she learned about the charges, Cavness turned herself in to authorities. She walked into the Tishomingo County Jail at 2:35 p.m on September 23 to surrender, reports the Daily Journal. She was also brought before a grand jury that day as well and was released under two hours later after paying a $70,000 cash bond, which was set by Circuit Court Judge Kelly Mims, reports Crime Online.

Alleges she had sex with two juveniles who had been left in her charge.https://t.co/8wBJRUchtK

However, according to the online record of her case, it does not show whether Cavness entered a plea. Her attorney, Tony Farese, stated that she was cooperating with authorities. However, Cavness was not available for comments concerning her charges, according to People.

Back in February, Cavness was terminated from her job with the Child Protection Services after working in the agency for almost four years. A statement issued regarding her arrest did not show any details about her current association with the department.