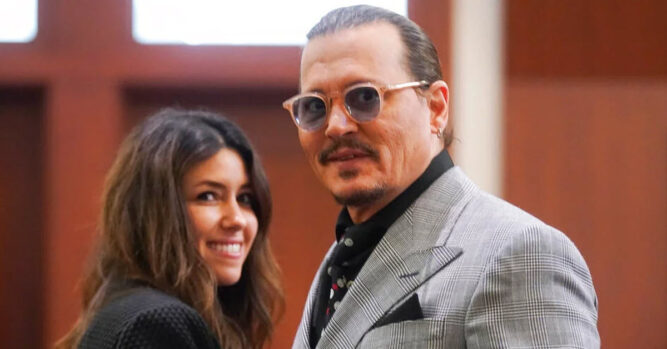 We have certainly seen a lot of Johnny Depp recently. It isn’t on the silver screen, however, it was because of the lawsuit between him and his ex-wife, Amber Heard.

Although that lawsuit has now been settled, it seems as if there is another one on the horizon and Depp will be back in court once again. This time, he will be appearing in civil court over allegations of abuse. 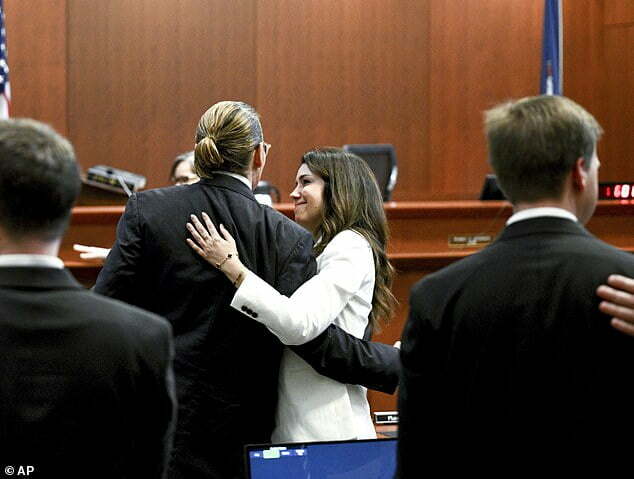 It seems as if a film crew member had accused him of assault when filming ‘City of Lies’ in 2017. That plaintiff, Greg Brooks, is suing the 59-year-old actor for what he claims took place at that time.

Reports are circulating about what may have happened that led to this civil trial. It seems as if Brooks was a location manager and he and Depp got into some type of physical tussle. Depp claims that it is self-defense but the details of the case are a little difficult to see.

As a result of the alleged abuse, Brooks is saying that he has been under ’emotional distress’. He decided that it would be best to sue Johnny Depp for what may have taken place.

Brooks alleges that Johnny Depp punched him twice in the ribs following a verbal altercation. During the altercation, Johnny Depp may have offered him $100,000 for a punch in the face. There are some reports that Depp may have been drunk but those are unsubstantiated rumors at this time.

Although we are all interested in seeing what takes place, perhaps the appearance of Johnny Depp’s attorney in his case with his ex-wife is the most interesting. Camille Velasquez will be the lead attorney, working along with another lawyer from the Brown Rudnick law firm.

I had my assistant bring a bottle of wine. And we toasted in I think paper cups. And, you know, no harm, no foul. I apologized. He apologized. Gave him a hug. We embraced. You know, I hugged him. And everything was cool. As a matter of fact, he asked for a selfie with me. And so I took a selfie with him.

Just a reminder that #JohnnyDepp has another trial on the 25th July 2022. GREGG ROCKY BROOKS filed a Personal Injury – Other Personal Injury lawsuit against JOHN C DEPP. Another chance for Depp fans to see the real JD. #IStandWithAmberHeard

Testimony is also coming from the script supervisor, Emma Danoff. She said that she was there when it took place and gave a written declaration that Brooks did not describe it as it actually went down. She is saying that he verbally harassed a homeless woman, using ‘racial and derogatory slurs’.

Brad Furman, the director of City of Lies denied in an interview that Johnny Depp punched Rocky Brooks.
The Script supervisor also submitted a declaration and 40 photos of the incident saying RB was yelling racial slurs at a homeless woman and JD told him to stop. pic.twitter.com/Jj1vnxqNr8

She was only 25 feet away when it allegedly took place.

He immediately stood up from our shared seat on the edge of a planter bench and went over to Brooks to stand up for the woman. Mr. Depp said to Mr. Brooks, ‘You can’t talk to her like that. Do you think she is something less than you? Who do you think you are? How dare you?’

She went on to say that nobody threw any punches and she has pictures to prove it.

Emma Danoff witnessed the whole incident with JD & Gregg Brooks and has given a sworn declaration on JD's behalf. Court date for this jury trial will be July 25 2022 & Camille will represent Johnny again!! #JusticeForJohnnyDepp #JohnnyDeppIsInnocent #JohnnyDepp pic.twitter.com/vJmIjQNmF9

Brooks attorney, Pat Harris had something else to add to it, saying:

The Brooks case is not about two Hollywood celebrities involved in a toxic relationship, it is about the assault on a hard-working film crew member by the star of the production. Mr. Brooks is looking forward to his day in court.

From Johnny Depp's deposition for the Rocky Brooks lawsuit .