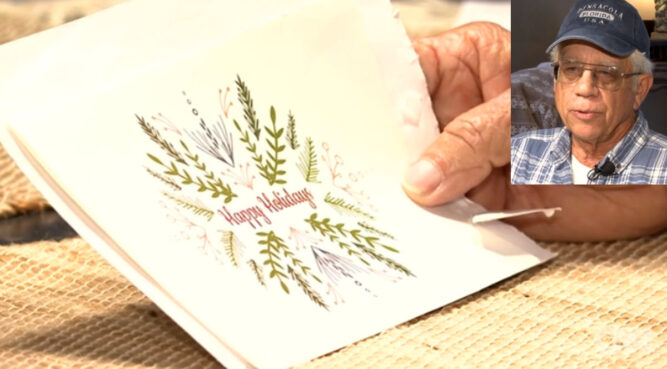 One business owner who once endured some rough times financially has made it a tradition to give back in Florida. And this year, he’s covered the utility bills for 114 local families who were in danger of having their services disconnected. Michael Esmond began his generosity mission last year when he paid the past-due utility bills for 36 families in his community of Gulf Breeze. However, this year with both COVID-19 and Hurricane Sally-related economic troubles hitting the city, he wished to up the ante.

Esmond personally donated $7,615.40 to cover the past-due utility bills of 114 households, according to Joanne Oliver, Gulf Breeze’s utility billing supervisor. She says that holiday cards informing residents of this incredible gift will be mailed out sometime this week. While Esmond’s donation went up from the $4,600 he gave last year, he says he could help around three times as many households in 2020.

Florida man pays 114 households' utility bills about to be disconnected.

Business owner Michael Esmond donated thousands of dollars to pay the bills of 114 families who were at risk of having their utilities shut off.

He must be a Democrat. Just sayin’ https://t.co/PxghKRzmWQ

That’s because many residents had overdue bills equalling $100 or less, which meant his money helped more folks.

Last year, Michael Esmond paid the bills for 36 families who were at risk of having their utilities shut off in Florida.

This year, he did it again — except for one thing.

And his good fortune is something he feels “almost ashamed” to talk about because so many folks are suffering right now.

Aside from the pandemic’s impact, Gul Breeze is still feeling the economic aftereffects of Hurricane Sally, which did considerable damage to the Florida panhandle.

Thank you, Michael Esmond. You could have used that money for your own needs or your own enjoyment, but you spent it to help others. You are a role model to be admired. #kindness #contributertothecommunity https://t.co/NahbIVNJy7

Given the desperate situation, many are facing, Oliver said residents are being given a longer grace period than usual for utilities such as gas, water, and sewage are disconnected.

The generous check Esmond wrote was able to bring into balance bills for folks 60 days past due, she says.

(Gulf Breeze, Fla)Once unable to pay his own utilities, businessman Michael Esmond donated $7,615.40 to pay bills of 114 families who were at risk of having utilities shut off. Last year Esmond, who owns Gulf Breeze Pools & Spas, spent $4,600 to help out 36 families pay utilities pic.twitter.com/9kKNY27iRC

The balance left over from his donation covered those who were over 30 days past due and were given a COVID-19 deferral since the virus directly impacted them.

According to Esmond, his generosity comes from his experiences in the 1980s, when his utilities were shut off.

It took place during the coldest winter he’d ever experienced in the area, and temperatures were down in the single digits for several days.

The timing of this business owner’s gift is no accident.

You can watch a news report about this heartwarming story below.