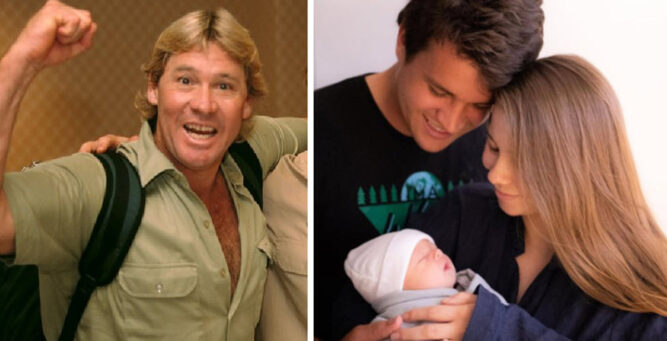 Exactly a year ago (March 25, 2020), Steve Irwin’s little girl, Bindi, married her husband. Now, on the first anniversary of her marriage, the daughter of the late Crocodile Hunter has given birth to a beautiful baby girl. Bindi, who is a wildlife conservationist like her mother and her late father, posted a tender photo of herself, her husband, and their new baby on Instagram. The 22-year-old Dancing with the Stars winner married Chandler Powell last March and they quickly started a family, delighting fans when they shared a cute pregnancy announcement photo on Instagram.

The photo shows the pair holding a tiny shirt similar to what Bindi and her family wear every day. Since posting that announcement, the couple has continued to share their pregnancy journey with the world, including sharing ultrasound photos. When the baby was born, she weighed 7 pounds, 7 ounces. They named her Grace Warrior Irwin Powell, with the proud mom saying that their “graceful warrior” is a beautiful light. Her name, Grace, comes from Bindi’s great grandmother as well as relatives from Chandler’s family that date back to the 1700s. As for the middle names, these are for Bindi’s dad. 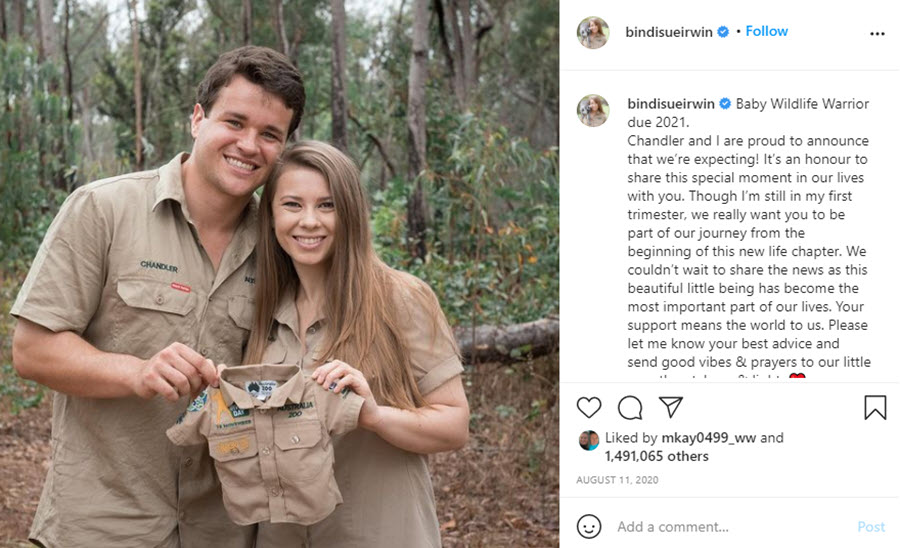 Bindi said that the names “Warrior Irwin” are a tribute to the late Steve Irwin, and the young mom feels that her precious little girl will be a warrior just like her famous grandfather, who was the “most incredible Wildlife Warrior.” On his Instagram, proud dad Chandler wrote a caption that was completely heartfelt, saying that meeting his little girl was the most beautiful moment of his entire life. In his caption, he added that the little one would be surrounded with lots of love from her family. 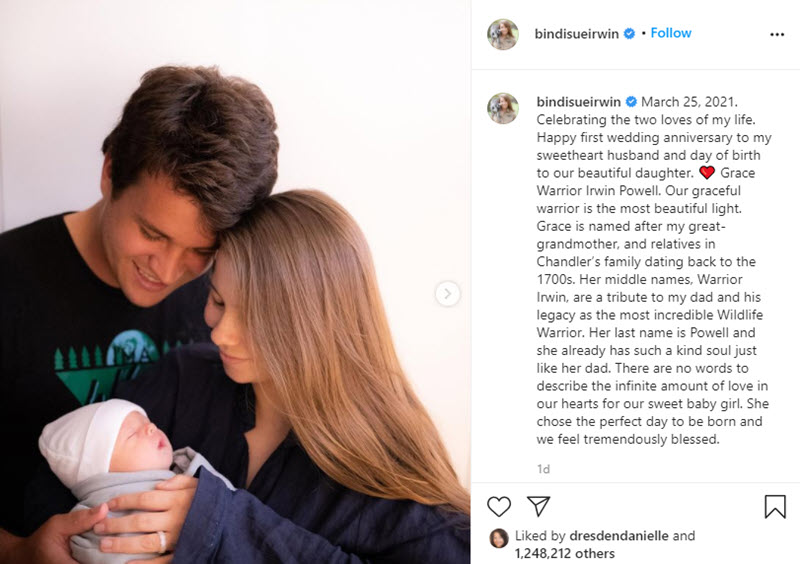 Love is not a big enough word. My heart is so incredibly happy. And I know that Steve would be beyond proud. Grace is the next generation to continue his mission and message of conservation. She chose her parents wisely. Bindi and Chandler are already the best parents ever! https://t.co/mmvXFGz4Gm

She said that for her, “love is not a big enough word,” and she’s “incredibly happy.” Watch the news video below for more on this story.