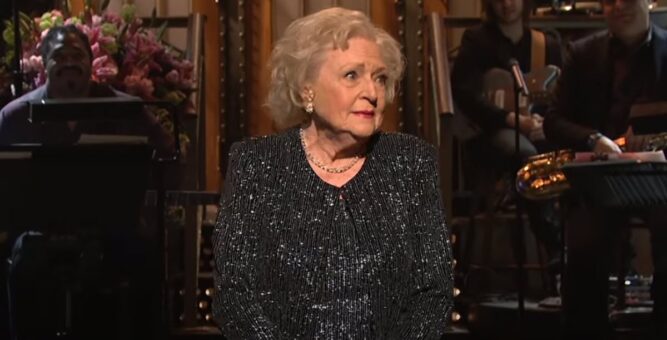 The legendary living legend Betty White had her 99th birthday earlier this month on January 17th and a very special group of fans is petitioning to make her birthday officially known as “Betty White Day” in the actress’s hometown, which is Oak Park, Illinois. The petition on Change.org has gotten more than 2,077 signatures as of Friday evening, and the goal is to get to 2,500. In the description of the petition, it reads that Betty White is a “national treasure,” and we can’t disagree with that. The activist Konrad Juengling created the petition and it’s addressed officially to the Oak Park City Council.

In the petition, Juengling calls on the city council to honor Betty White by declaring January 17th as Betty White Day. In an interview with People, Juengling says that he’s been a fan of Betty’s since watching the “Mary Tyler Moore Show” on reruns when he was a child. He created the petition to honor a woman he calls a “trailblazer.” He has a point. Konrad describes Betty as an entertainer with perfect comedic timing, and she seems to really have a great time entertaining people. This rings true and perfectly describes Betty White and the impression everyone has of her from years of watching her on television.

Konrad says he hopes that the city council will see that Betty is a national treasure and people are interested in creating this day to honor her. He hopes that since the petition is gaining some traction, it will give the city council pause as they consider the initiative. As for her birthday, Betty herself celebrated simply and with her usual wit and candor. She noted that she could stay up as late as she wanted, but she wouldn’t be doing her daily run that she used to do before the pandemic. I think at age 99, she’s entitled to take a break.

To stay youthful, Betty says she stays as positive as she can because she doesn’t like negativity. Watch the video below for her SNL monologue.