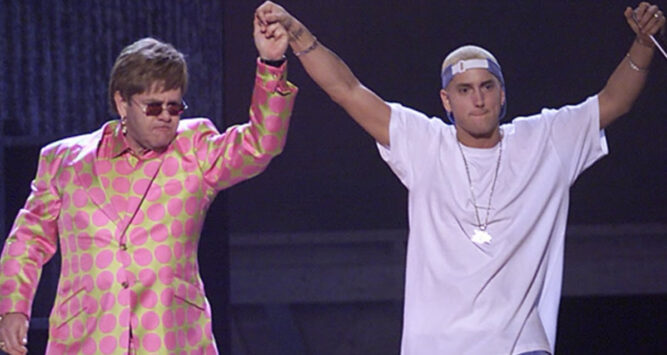 It’s no secret that many of the greatest artists are also some of the most troubled and tormented souls. When we look back at many great musicians such as Elvis Presley, Jimi Hendrix, and Johnny Cash, we often find stories about their struggles with personal demons such as addiction. Most of us will never know or understand the pressure those who make it to the top of one of the most fickle and hostile businesses on the planet are under every day. For many who come from humble backgrounds, the dizzying heights of fame can lead to a sense of greater isolation and the need to escape.

And for too many, their escape comes in the forms of drugs and alcohol. Such was the case for rock & roll legend Sir Elton John and Eminem (Marshal Mathers), who it turns out shared a lot more in common than most people realize. As children, both men experienced severe bullying. They also both had very complicated relationships with their moms. However, both found an outlet for their emotions through music. But, in 2006, following the death of one of his closest friends, Eminem began to spiral downward, and a year later, his wife would leave him. 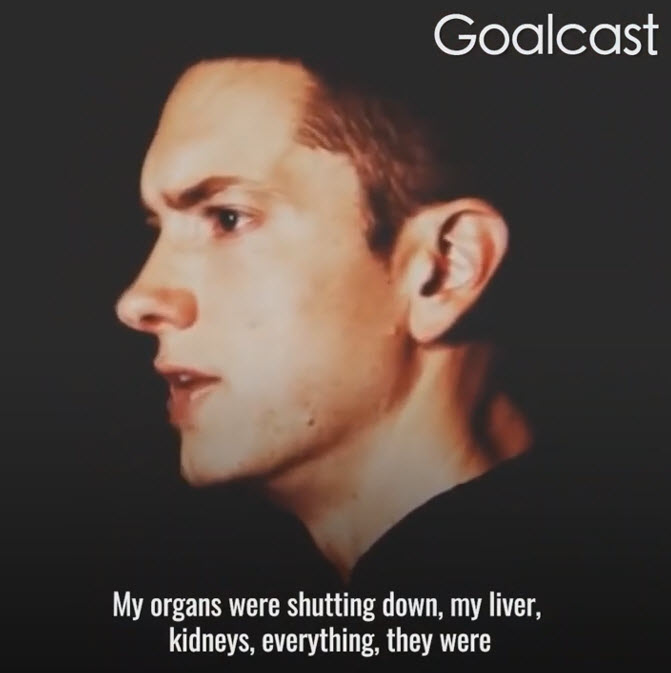 Soon the rapper began to delve heavily into dangerous substances. 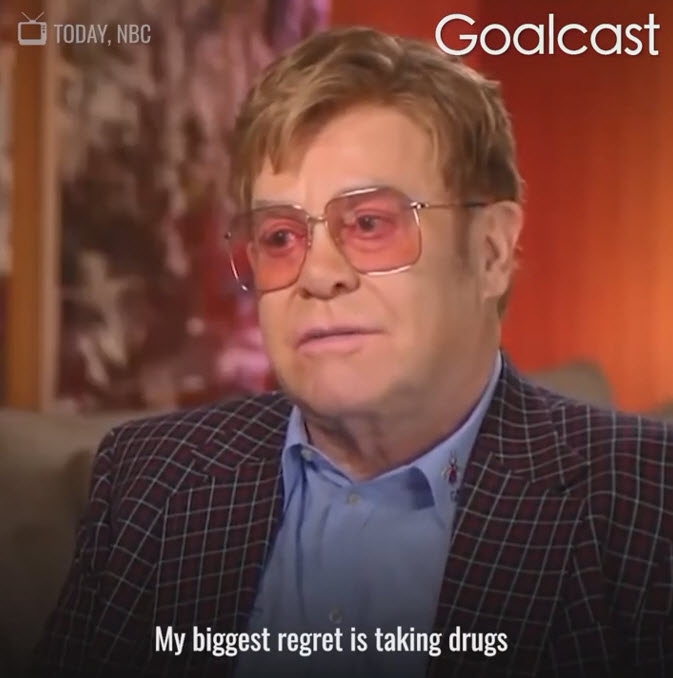 It wasn’t until he suffered a near-fatal overdose that the artist realized he had a substance abuse problem and needed help. 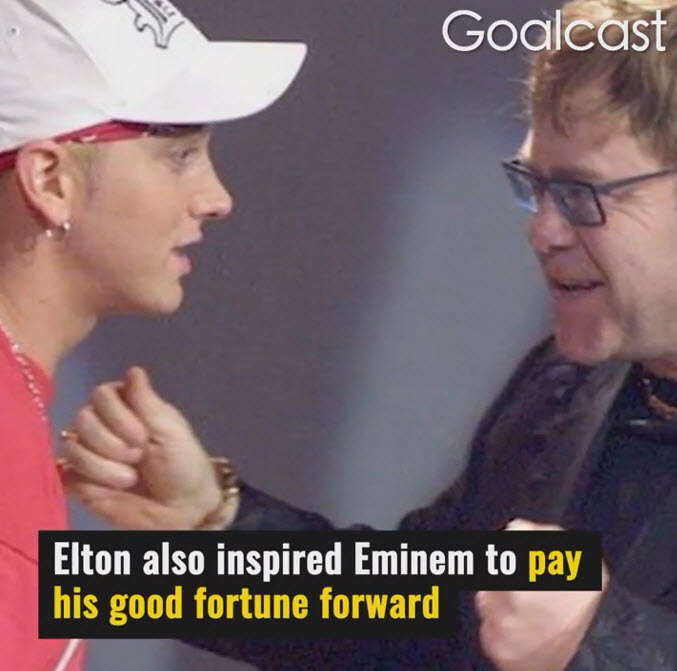 And the person Eminem turned to was Elton John, a man who had been down the same road he was on and had somehow managed to stay sober for decades. 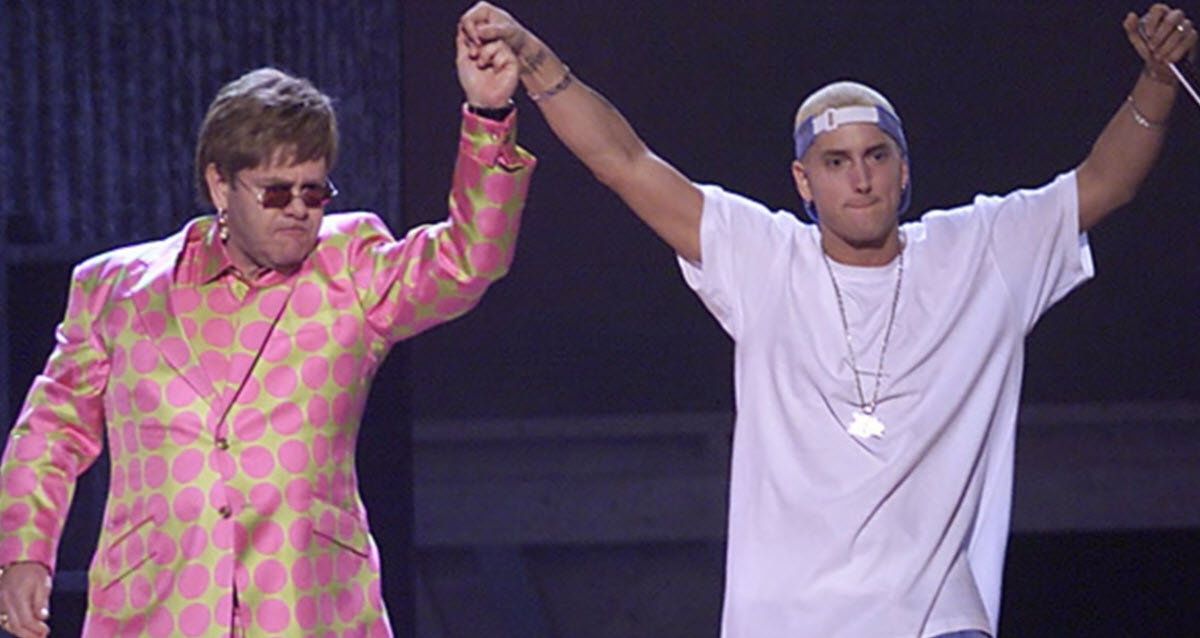 Below you can watch a touching video featuring Elton John and Eminem talking about their struggles and the rapper sharing how the rock & roll icon personally helped him get sober.