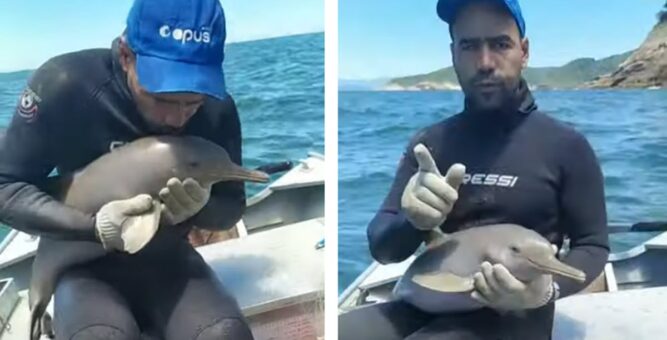 Dolphins are beautiful creatures and much beloved by most people in the world. Part of what makes them so fascinating is how intelligent they are. They seem to really connect with people and have even been known to save the lives of human beings. A man who went fishing off the coast of Brazil near the city of Guaruja was just out with some friends enjoying the day. In 2020, it was hard to find a way to have a safe and enjoyable day, so it was probably something that the man looked forward to. As it turns out, he got to do something extra special on his excursion.

In a move that’s winning hearts all around the world, the man rescued a baby dolphin who was entangled in a fishing net. It was when the man and his friends were on the way back to shore when he spotted an animal struggling in the water. He asked to be taken over so that he could get a closer look and he was astonished to see an adorable baby dolphin tangled in a mass of fishing nets, a huge problem in most oceans in the world. Incredibly, the tiny dolphin tried to swim towards the boat when she saw them. 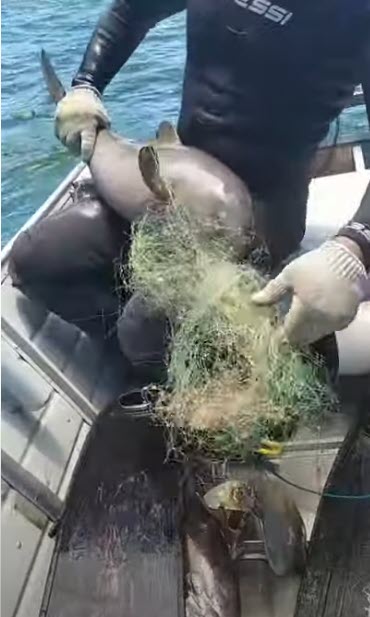 It’s almost as if she instinctively knew that the humans in the boat could help her. And help her they did. The fisherman pulled the little one aboard the boat and gently removed the net from around her fins and her head. Meanwhile, the sweet little dolphin remained perfectly still and calm. It’s as if she trusted that he had her best interest at heart, and indeed she probably sensed this. Animals are very aware of people who are good-intentioned and they can pick up on our energy. It’s likely that the little dolphin knew she was in no danger. 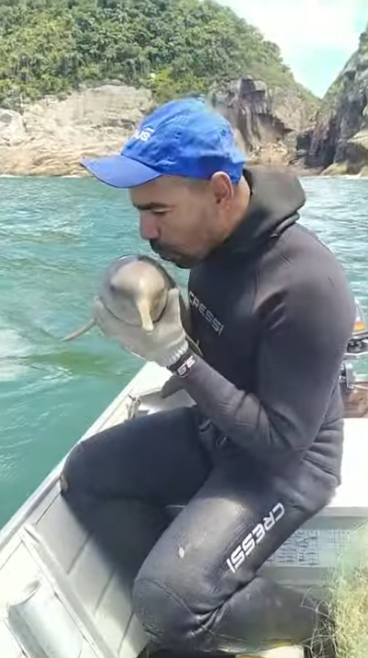 Once he had her untangled, the man paused just a moment to admire her beauty and give her a sweet little kiss before releasing her back into the ocean where she belongs. As she swam away, the people in the boat cheered for her. Watch this heartwarming video below.