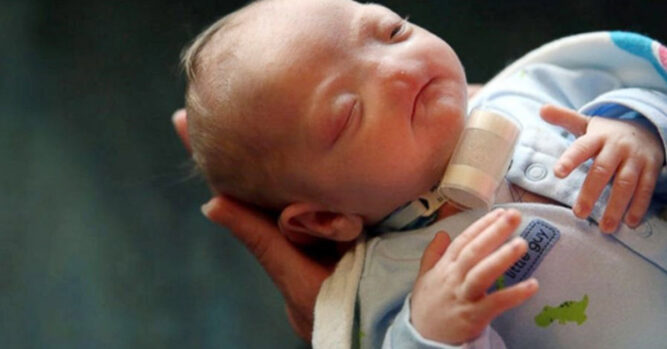 If you were to ask any parent what they hope for their child before they were born, they would tell you that they hope the child was healthy and happy. The first thing that they do when they are born, however, is count their fingers and toes.

Every once in a while, a child is born that does not have everything that is typically part of a newborn baby. That was the case with Eli Thompson, who was born on March 4. 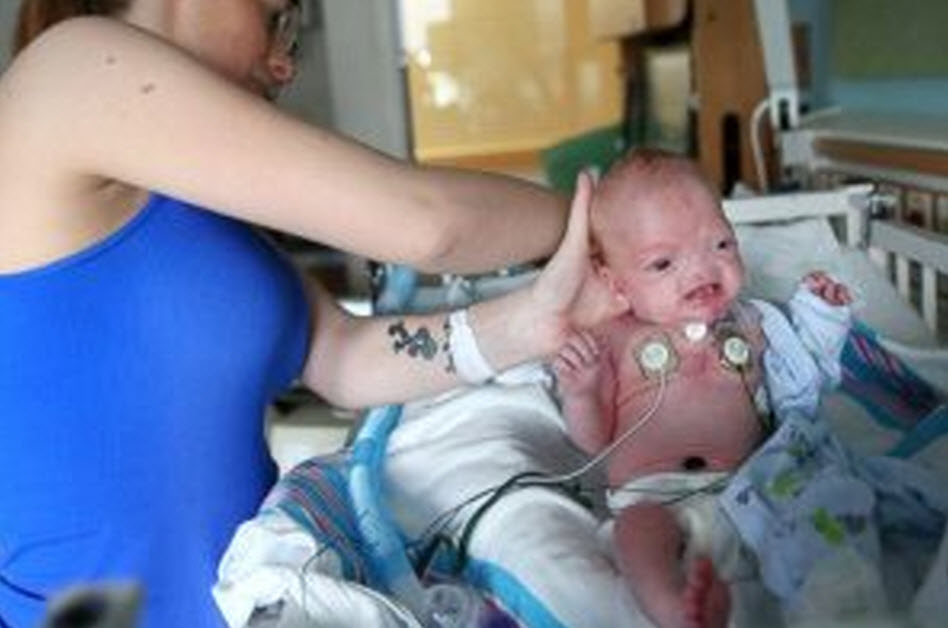 Eli is a perfectly happy and healthy baby boy, but there was one thing that was different, he was born without a nose. His mother said that everything went fine with the birth and when the doctor put the baby on her chest, she said that he didn’t have a nose!

They immediately rushed the baby out of the room. The doctor then sat beside her to tell her what was wrong.

She could tell right away that the doctor had some bad news for her. She said that the baby didn’t have any other signs of abnormalities, but the doctor said that there were only 38 cases of this happening with the nose and nothing else. 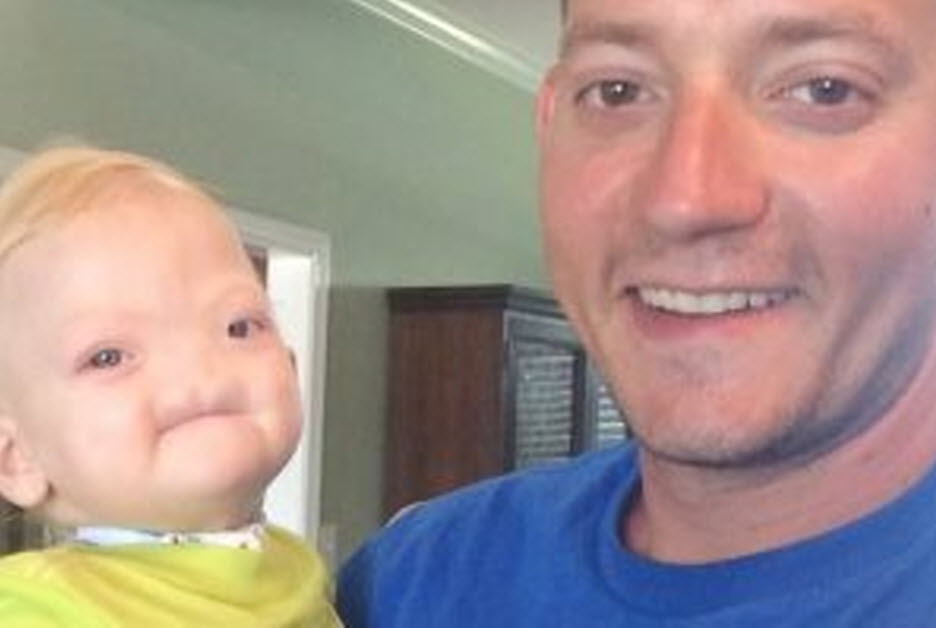 He also spoke about some of the other facial abnormalities that could occur, such as a cleft palate or lip. In his words, however, it was the first time that he had ever seen a baby born without a nose in this way.

The 23-year-old mother did not show any signs of having a high-risk pregnancy and the test showed that the baby did have a nasal bone. She was born at 37 weeks when the mother went into labor and she could tell right away that something wasn’t right.

She said that other than not having a nose, he is doing great! He is ‘super cute’ and a real fighter.

The mother continued: “I recounted everything I did throughout my pregnancy to figure out if i did something wrong, I realized it was nothing anyone did. I mean, he’s perfect. I’m not going to say I was sad. I was just scared for him because I didn’t think he’d make it.”

Since the baby was born without a nose, he has to use a tube that will help him with breathing. The family has been trained on how to operate it along with being given CPR training.

When the baby came home on March 30, it was with a lot of happy hearts. He has been doing well ever since and in their words, he does cute stuff all the time.

Perhaps the mother summed it up best when she said: “I don’t think my son will ever have an idea of how much he’s impacted people. He’s definitely started something and has got a big purpose in life. He’s going to have one heck of a testimony to tell people one day.”

Update: Unfortunately, little Eli passed away when he was only 2. He was healthy, aside from missing a nose but he died suddenly and the father confirmed it on Facebook.