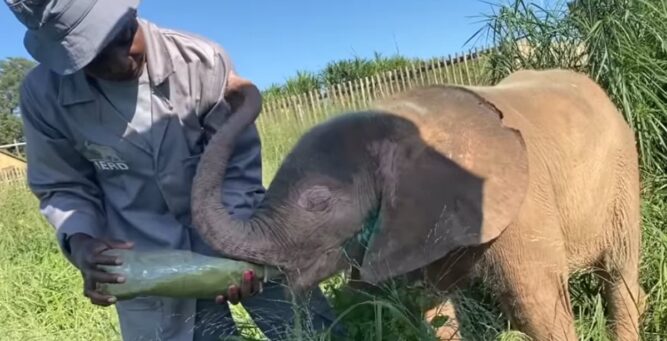 Last January, Adine Roode, the founder of Hoedspruit Elephant Rehabilitation and Development, an elephant rescue organization in South Africa, got an alarming call. A baby albino elephant calf was found wandering alone for days, and even worse, she was in serious trouble because she had been wrapped in a dangerous snare. Roode was astonished that the brave little female elephant had survived for as long as she had. They quickly took her in and started caring for her. They named the sweet little thing Khanyisa, Shona for Light, which means “Sunshine.” She needed not just care for her injuries, but also for her bright blue eyes and sensitive pink skin.

When Khanyisa goes outside, she has to be covered with umbrellas to protect her from the harmful rays of the sun because she’s albino. Also, they had to be attentive to keeping her away from the other elephants because she needed time to heal. However, Khanyisa quickly learned to love greeting her neighbors at the fence every chance she got. Elephants are herd animals and it was plain that Khanyisa wanted to be with other elephants. But for the time being, she had to be bottle-fed by caregivers and she got plenty of love and attention from the devoted staff at the center. 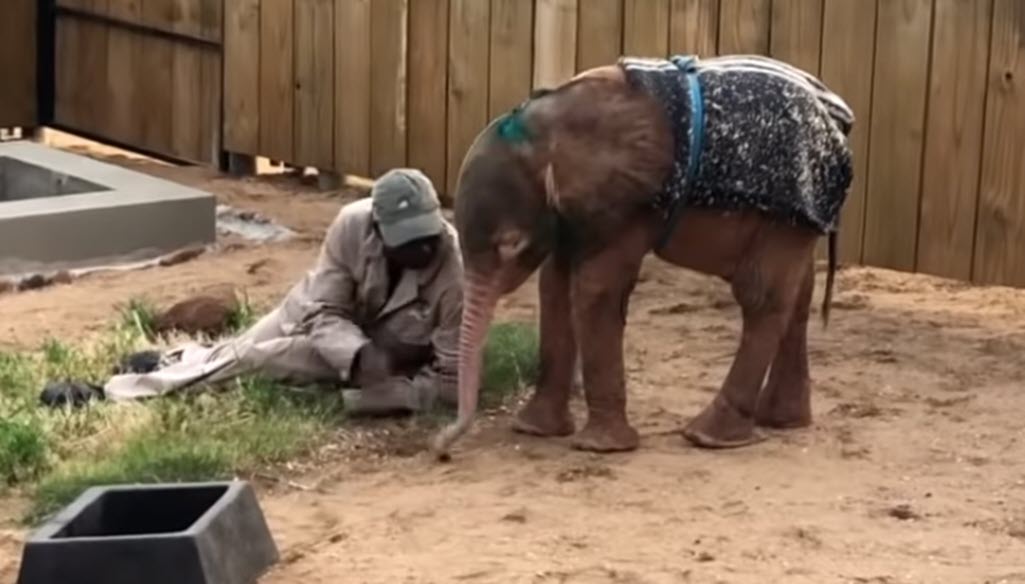 Something super cute happened. Khanyisa found a surrogate mother, and it wasn’t another elephant. As it turns out, Lammie, a sheep, became a kind of guardian to the little elephant, and they loved playing together. The months passed and slowly, Khanyisa became stronger, gaining weight and healing. When it came time to meet the nearby herd, she was introduced to Jabulani, the bull, and the meeting went off wonderfully. Before long, the other elephants grew to love the little one and she was taken in by the herd. People all over the world have fallen in love with her, in fact. It took several months to get her into the herd, but eventually, she was one of the family. 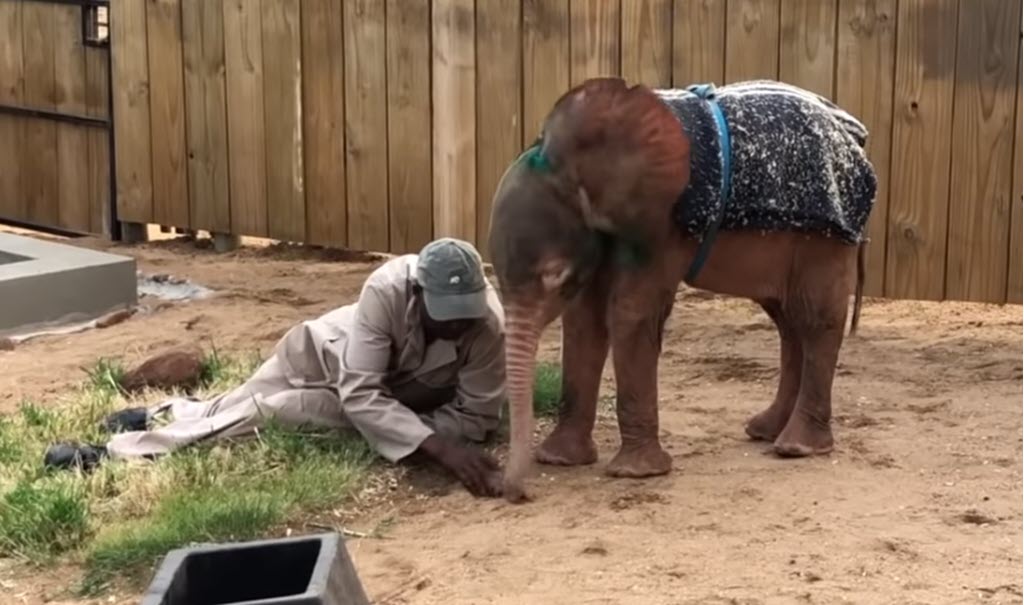 The staff at the center say they’re honored to be a part of her rehabilitation. She’ll be well cared for in her new home and she’ll never have to be afraid or alone again. Her carers say that she arrived with so many wounds, but she made the choice herself to be happy. Watch this sweet video below.

Here’s a longer video that shows more about this brave girl.