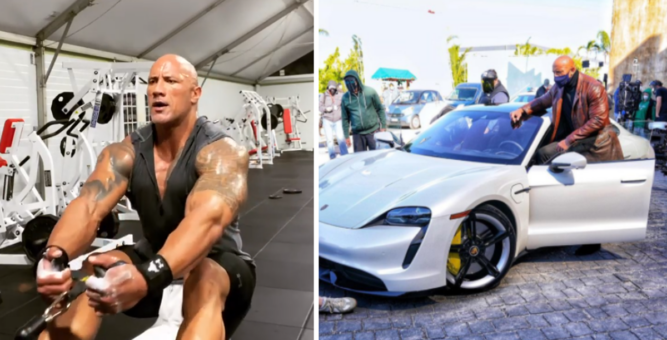 As my wife and I were driving down the road the other day, she randomly asked me “How does a really big guy like Shaq fit in an average-sized car?” I carefully explained what she already suspected, which is that they drive big vehicles. So she asked me, “But what if it’s a really big guy who’s poor and can’t afford a big vehicle?” I  then explained that these guys just had to adapt to whatever they had. Seems like that’s the best response anyone could give to her questions. One thing we know is that really big folks and tiny sportscars aren’t always a good combination.

Recently, Dwayne “The Rock” Johnson proved our point, as reported by Indy100. A famously huge and extremely powerful man, Johnson had trouble fitting inside a sportscar on the set of the movie he’s currently shooting. The former WWE superstar was supposed to get behind the wheel of a small Porsche to film a chase scene for the Netflix movie he’s filming, “Red Notice.” Unfortunately, when the time came to film the scene with the director, Rawson Marshall Thurber, Johnson suddenly realized that they had a little (big) problem: he couldn’t fit in the car. Johnson regaled us all with the hilarious story in an Instagram post.

He explained in his Instagram caption: “Aaaaand guess who’s too big to fit in yet another sports car and now we have to change the entire shot sequence around. For our @netflix globe trotting heist movie, RED NOTICE, my writer/director @rawsonthurber (pictured here on the ground setting up the new camera angle) wrote this INSANE chase sequence where I hop in this iconic Porsche and be the bad ass behind the wheel that I am. Well, after months of prep and costs buying and shipping this car over to the states – it’s time to rehearse the big chase sequence.” The way he described it as it went down is equally hilarious. 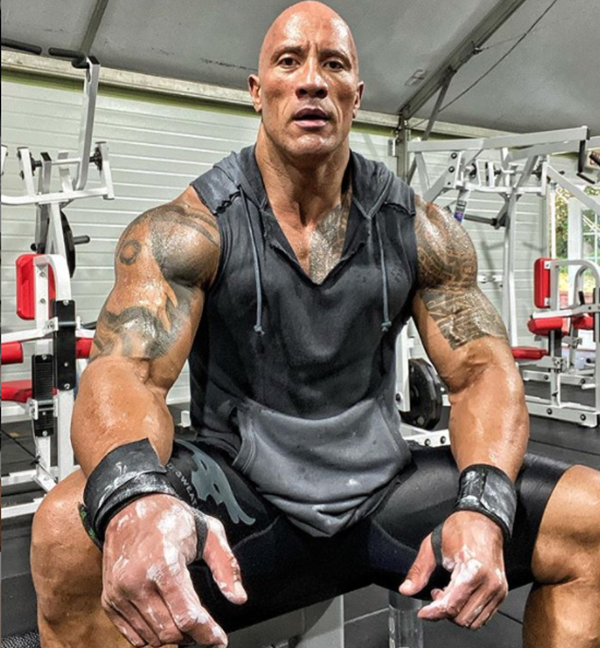 In fact, he described himself as a “big a** brown marshmallow getting shoved into a coin slot.” The director asked, “Wait, can you fit?” And to that, Johnson replied, “No.” He said that the director gave some nervous laughter in response to that. Johnson said that there were a few moments of awkward silence before the cast and crew just burst out laughing. He ended with “F**k it, welcome to 2020.”