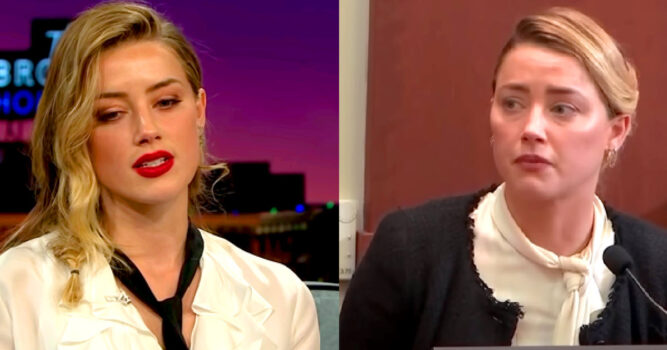 Earlier this month, Amber Heard told the jury that in 2015 she was forced to hide her bruises using makeup before a scheduled appearance on The Late Late Show with James Corden.[1] 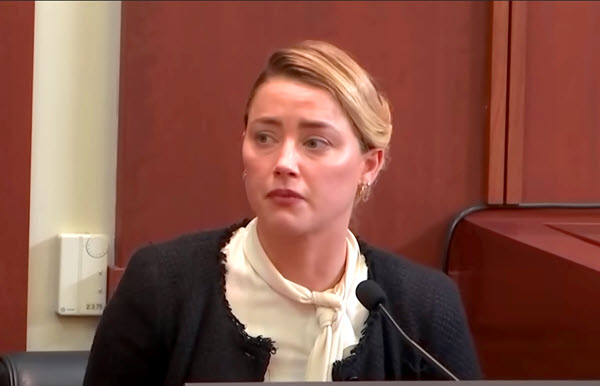 On May 5, the 36-year-old actress graphically detailed alleged physical abuse she claims to have suffered throughout her relationship with Johnny Depp. 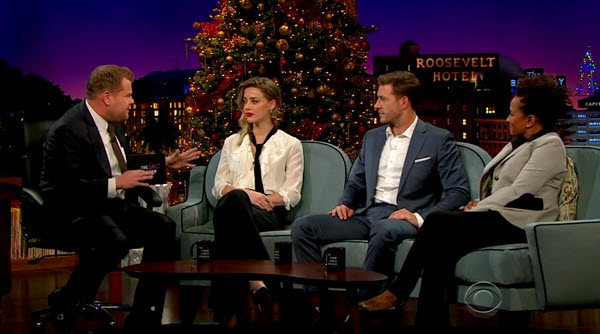 Depp is suing his ex-wife for $50 in damages after Heard wrote a 2018 op-ed article in the Washington Post[3] indirectly accusing the Pirates of the Caribbean star of domestic violence.

While she didn’t mention Depp by name, his attorneys claim that the article was indeed about him, and it severely damaged his career. Heard is countersuing Depp for $100 million. 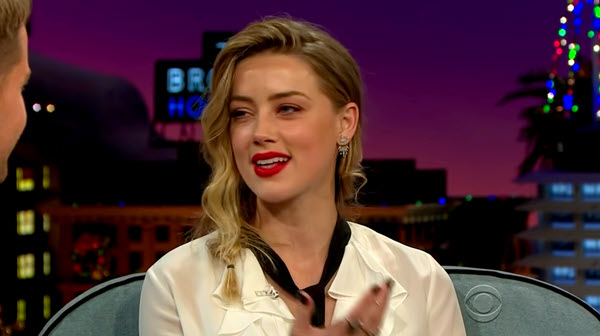 The Daily Mail reports the actress claims the incident took place on December 15, 2015, and that Depp headbutted her “right in the nose,” while he was “screaming and swinging,” saying “I f***ing hate you” in her face before grabbing her hair and dragging her into a neighboring apartment then suffocating her with a pillow. 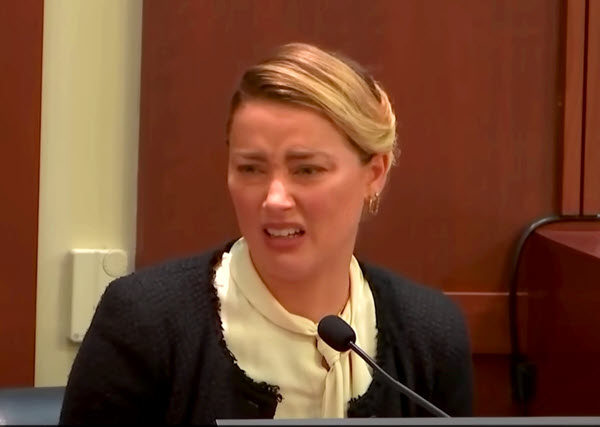 The next night, the actress was scheduled to appear on The Late Late Show to promote her new film, “The Danish Girl.”

“I got worried that I wouldn’t be able to hide the bruising and swelling. I iced it all night and the next day checked in the mirror to see if I could get away with it, meaning hiding it, so I could make an appearance.

“I gambled and thought maybe I could pull it off, I had my hair and makeup team come. They worked around it, meaning worked around the lesions on my head with the hair spray because that stings.”

She continued: “They worked around the bruising by covering it with heavy makeup, heavier makeup than normal bruise covering makeup.” 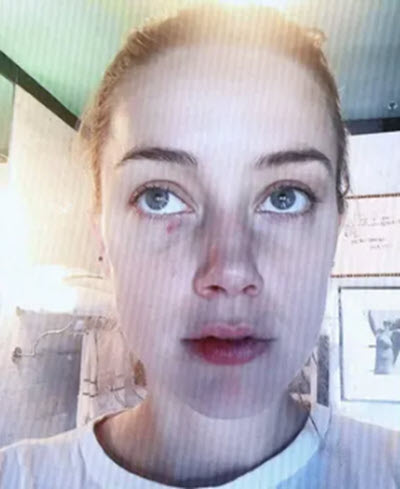 The actress said since her lip was “still bleeding and swollen,” she needed to use “super heavy matte red lipstick” to hide “her busted lip,” and when asked what happened by others, she told them it was an accident. 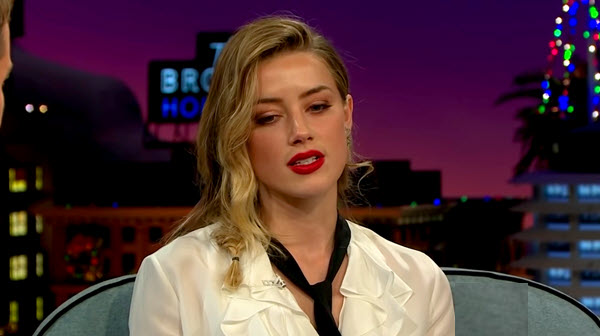 The trial is on break until May 16, and Heard is scheduled to pick up her testimony once it’s back in session.

You can watch a clip of the Amber Heard’s 2015 appearance on the Late Late Show with James Corden in the video below.