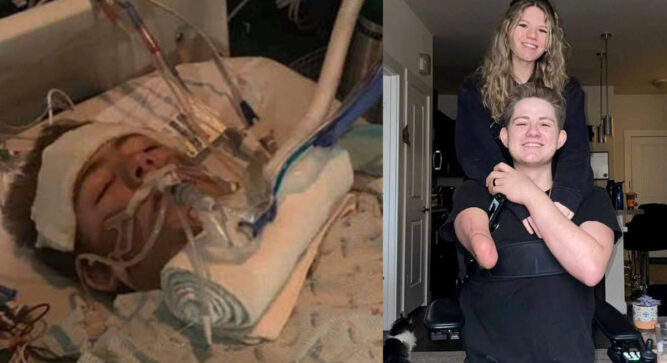 A courageous teen had to make a choice most people can never imagine making after he was involved in a tragic forklift accident that crushed most of his body. However, the decision 19-year-old Loren Schauers made ultimately saved his life. The resident of Great Falls, Montana, was driving a forklift across a bridge when suddenly the vehicle fell 50-feet to the ground. Loren was trapped underneath the wreckage, somehow surviving the fall. Incredibly, the teen remained conscious the whole time, witnessing his right arm being crushed as his lower body was pinned underneath the forklift. Because of his injuries, the doctors asked Loren to make an excruciating decision.

They said that he could have his lower body amputated or accept death. The teen’s girlfriend, Sabia, would say goodbye to her beloved six times at the hospital immediately following the accident. Doctors told the young lady that her boyfriend was not going to live another day on several occasions. However, Loren miraculously pulled through. The couple had only been together 18 months before the accident but had gotten engaged earlier that year.

Loren’s accident happened in September 2019, when he had been forced to drive alongside the edge of a bridge he was working on to accommodate cars passing by. However, the unstable structure gave way beneath his forklift, and while he tried to jump clear, his leg got caught on the seatbelt. 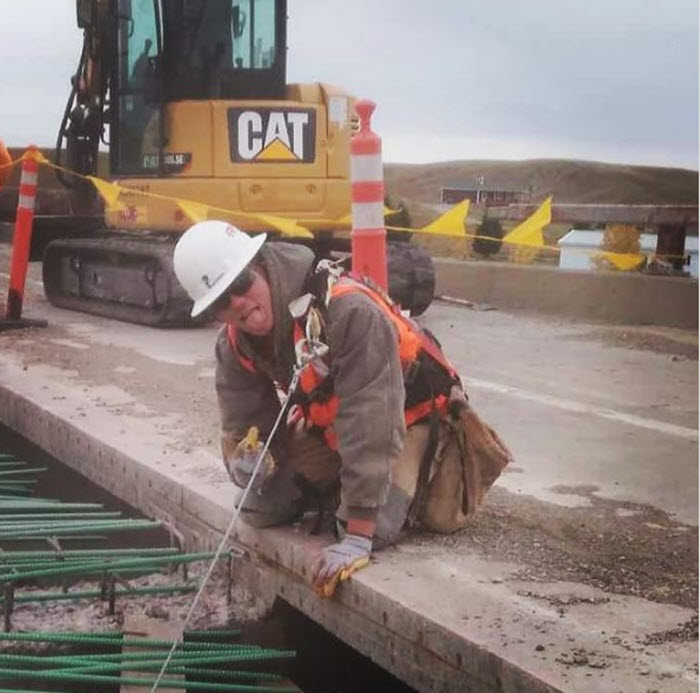 The vehicle would roll three times before it landed on top of him. Doctors did their best to save his lower body, including his left thigh, right hip, and genitalia; however, his pelvis had become too crushed.

Sadly, they were also unable to save the teen’s sperm. His girlfriend explained: 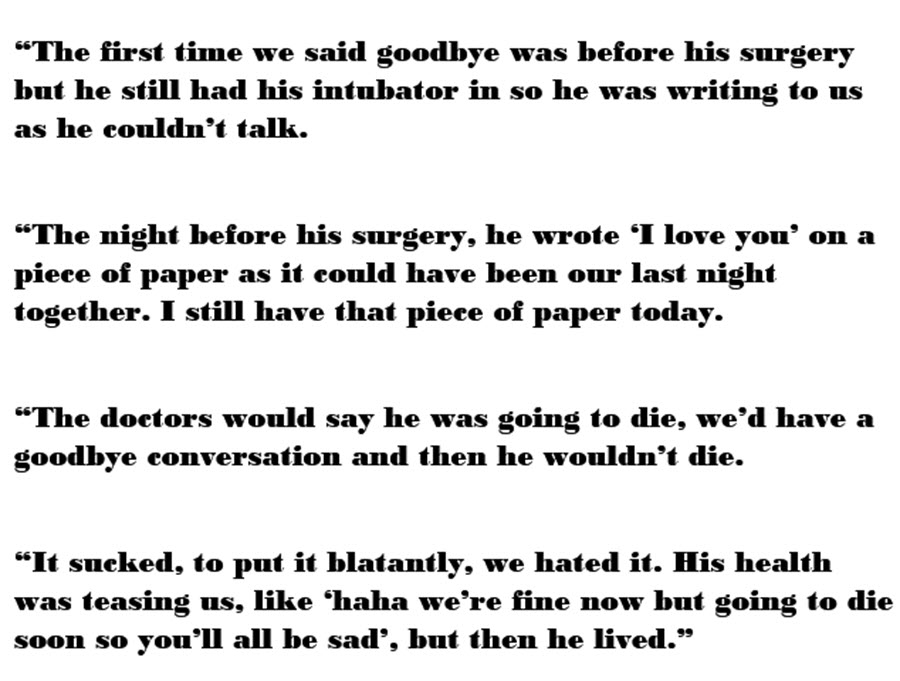 After the surgery, Loren would face a grueling recovery process like nothing the teen had ever experienced. However, throughout everything he had to endure, the young man never lost his will to push on and ended up defying all of his doctors’ expectations.

They originally said that Loren would spend at least 18 months in the hospital recovering from his accident, but he managed to go home in just three, including four weeks of rehab!

When talking about his struggles, the teen said:

Stories like Loren’s teach us that we can find the will to overcome any obstacle when we have the will and purpose.

God bless this young man and his soon-to-be wife; we wish them all the best as well as a long and happy life together.

You can also watch a video about Loren’s remarkable story below.