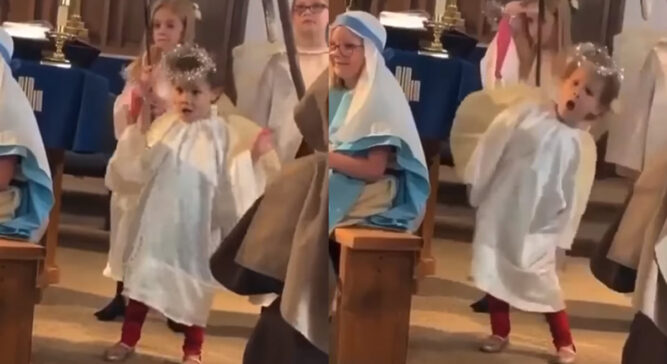 If there’s anything we love about children is that at a certain age, so many don’t mind standing out and being who they are. It’s really a tragedy that our society teaches so many kids to suppress that expressive, curious, and outgoing part of themselves. Thankfully, there are a few who survive the pressures of conformity and never lose that special spark. One such person might be a little girl who in 2019 captured the hearts of thousands around the world after a video came out showing her “catching the holy Christmas spirit” during what looks to be either a school or church play.

Most plays involving young children are very scripted affairs. And, to be honest, they are not designed to be “riveting” entertainment, rather heartwarming showcases for family members to record and snap photos of so they can later torture their kiddos as teens. However, every once in a while, you get that one kid who really stands out and reminds us all of what it means to be a free spirit. In the video, we see the energetic little girl standing and singing with her fellow angels right behind someone playing Mary holding a baby Jesus doll. 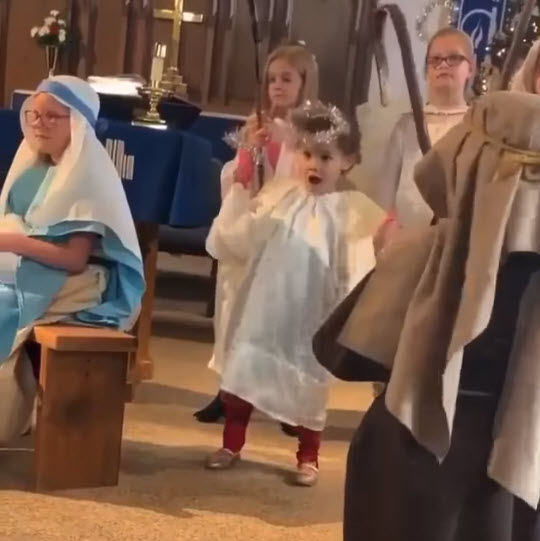 While everyone else looks a bit bored, this little one has her excitement cranked up to about 11! 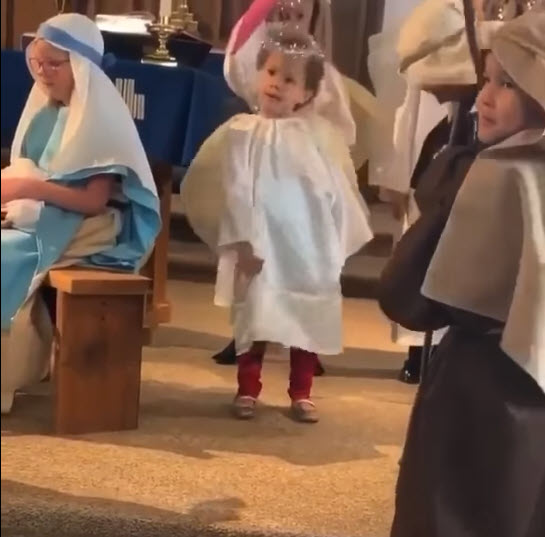 The little girl dances and sings, shaking her hips and throwing out tons of adorable attitude. 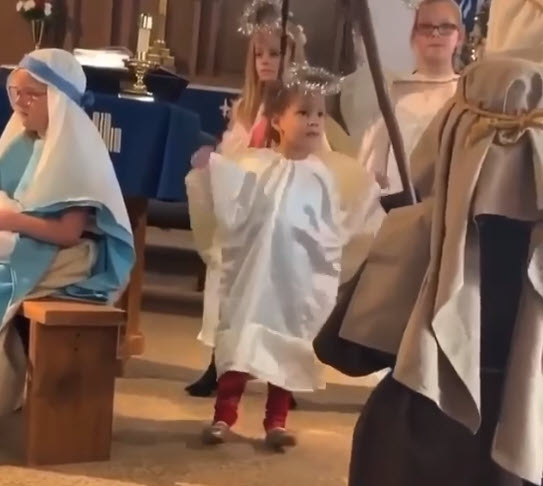 She’s destined to be a future pop diva. 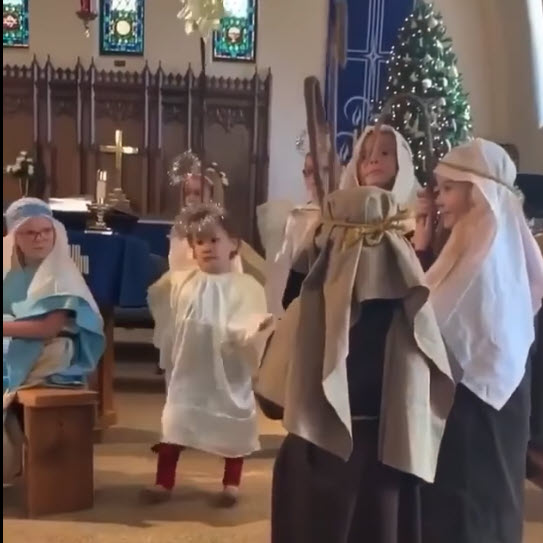 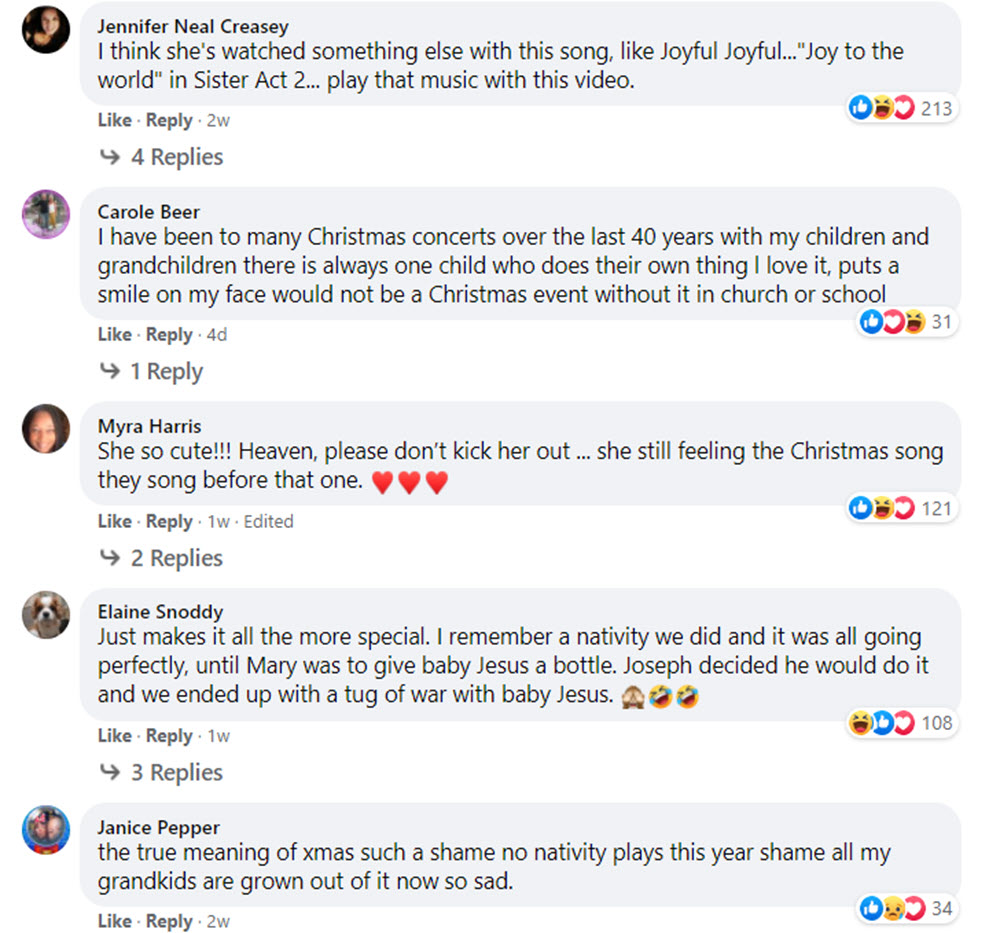 You can watch this heartwarming performance below.