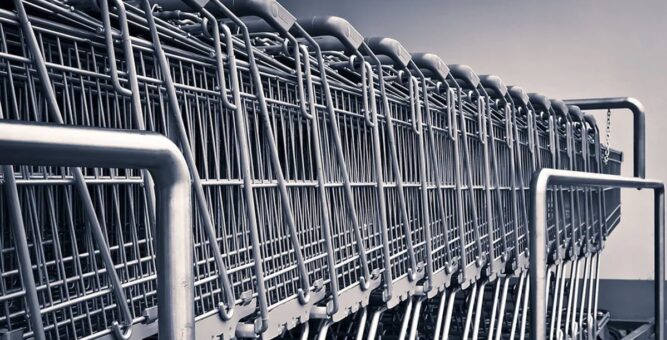 Have you ever wondered about ways you can tell if someone is a good person or not? First of all, this isn’t a black and white issue. Someone can make mistakes, and that doesn’t mean they’re bad people. However, it’s convenient (and sort of fun) to look around us at the people in our lives and wonder how they react in certain situations. For example, when you’re shopping at a store, do you put the shopping cart in the car corral when you’re done unloading your stuff into your vehicle? I do (not bragging, just saying). It just seems like the decent thing to do to me.

Well, a lot of people believe that this is a test to show if someone is a decent person or not. The thinking is that if someone takes half a minute to simply return the cart to a place that’s convenient for the store employees to corral them, it says a lot about an individual. On the other hand, many people believe that it’s a selfish person who doesn’t bother to return the cart to the cart corral. A huge debate was sparked when an anonymous person posted on Twitter something that they called “The Shopping Cart Theory.” By their way of thinking, the shopping cart test provides the perfect litmus test for the content of someone’s character.

The user points out that to return the cart is something that’s convenient and easy and most people know that returning it is the right thing to do. They point out that only dire emergencies warrant not returning the cart to the cart corral. The fact that it isn’t illegal to NOT return the cart is exactly why it’s a litmus test, they argue. In fact, no one will be punished for not returning the cart, so people who do go to the trouble to return it should be recognized as good people. People who return it do so because they strive to do the right thing and out of the goodness of their hearts.

People who place shopping carts in parking spots are unfit for society, and should be dealt with accordingly

In fact, this anonymous user says that a person who doesn’t return the cart is a savage who is no better than an animal Harsh words, but they’re entitled to their opinion. Twitter erupted with strong opinions of their own. Check them out below.

Not necessarily. I know someone whose job is to round up shopping trolleys & line them up for customers to use. If all customers returned their trolleys, he would become unemployed. If he was re-assigned to other tasks, another worker would get made redundant (on a LIFO basis).

No. Because there is limited logic when positioning locations for return. If there were as many locations as say Costco or Walmart then yes. Local stores have to few corrals.

When my knee makes every step excutiating I don't give a Ray's ass about returning the cart, and I've seen similarly compromised people grateful to find my cart nearby.

That’s stupid. The person who wrote that never wrangled three kids through a checkout line. It has nothing to do with goodness. The only benefit it has to society is it reduces the pay a store owner need give their employees who are perfectly capable of gathering up the carts.

That’s why I park next to the cart returns so I don’t have take it back up to the store…. also if it’s a down pour rain little chance of returning the cart