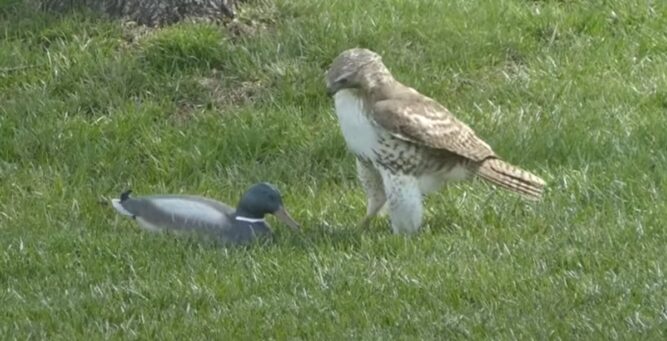 There are a lot of big birds of prey, and some of them are reviled, such as buzzards, while others are considered to be majestic, like the great bald eagle, which is so revered that it serves as the national bird for the United States. However, it bears remembering that there are a lot of more ordinary birds of prey that are just like most of us. Ordinary and unglamorous, but just as important in the grand scheme of things. One of my favorite birds of prey is the humble hawk. Hawks are one of the more medium-sized birds of prey, but they are no less beautiful.

The more common hawk in the U.S. is the one that most of us have seen if we’ve ever seen a hawk. These hawks have sturdy builds and broad wings, and they’re able to fly long distances in open areas. Here’s something not a lot of folks know: hawks are actually quite intelligent. As it turns out, a Canadian ornithologist named Louis Lefebvre determined in 2005 that hawks are actually one of the most intelligent birds. You probably know the term “hawk eye.” This came into being because of the famous eyesight that hawks have. They have four types of color receptors in their eyes and can perceive ultraviolet light along with their visible range. 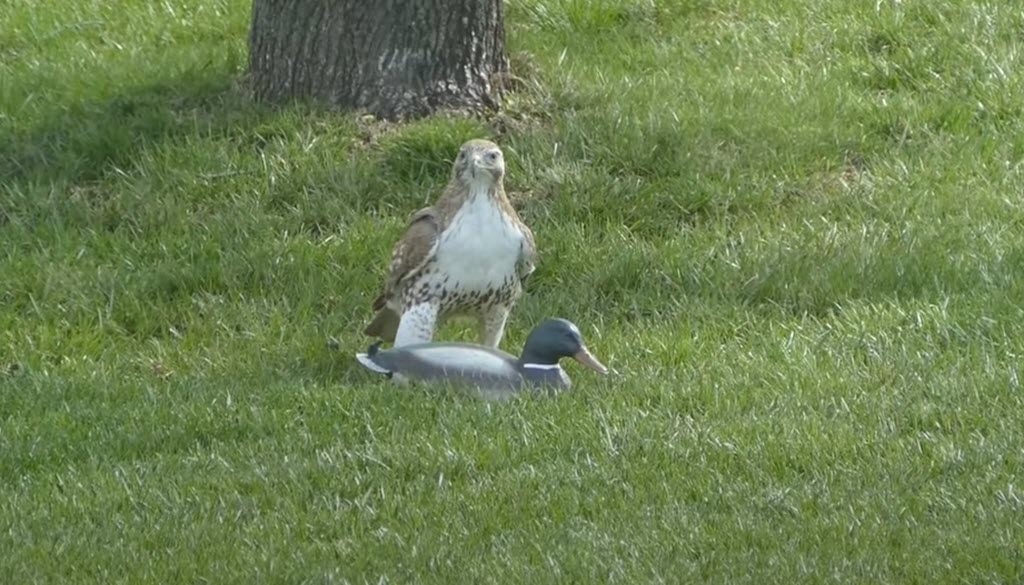 But that’s not all. They can also see some polarized light and magnetic fields because of the huge number of photoreceptors they have in their retinas. They have an excellent vision because of all of this, and that makes them amazing hunters. When it comes to diet, hawks are predator birds, of course, so they eat prey. In other words, other animals. Some of the animals they eat include lizards, snakes, mice, fish, squirrels, rabbits, and even other birds. Basically, any kind of small animal that’s found on the ground could be vulnerable to being eaten by a predator bird, even tiny kittens. 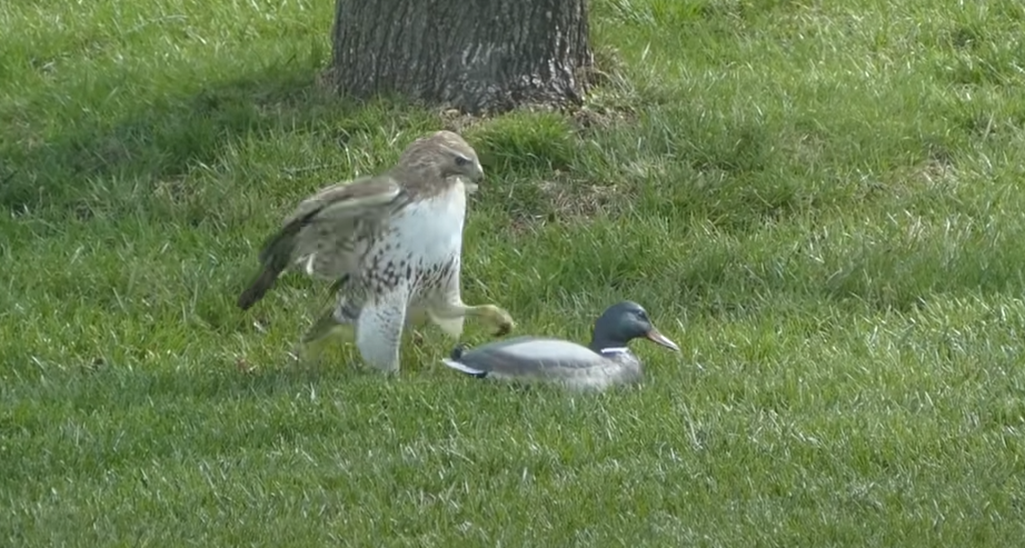 In the video below, you’ll see a gorgeous hawk who seems mightily confused about this duck who is a total boss. Enjoy!