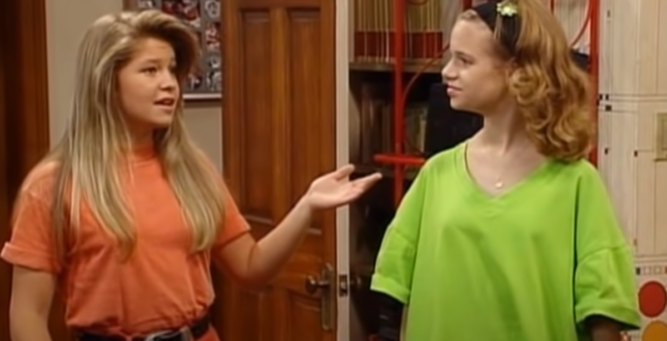 In the 1990s, I was raising a kid, so I know just a little bit (just kidding, I know a LOT) about TV shows that were popular with kids during that decade. I swear if I live to be 100, I’ll have the songs from “Barney” in my head. Over and over and over. The good news is that some of these shows were actually wonderfully wholesome entertainment, and our 1990s kids are getting almost to the age where they’re raising their own children. In fact, if a child was born in 1990, they’re now 30 years old and many of them already do have kids (my daughter doesn’t yet).

The 1990s were chock full of iconic sitcoms and now you can watch them anytime you want on streaming services like Hulu, Disney Plus, Netflix, Peacock, or Amazon. Let’s check out some of our old favorites.

This series was based on the best-selling book franchise by author RL Stine, and the TV series brought to life some of Stine’s most notorious and popular monsters. For example, remember the villainous ventriloquist dummy named Slappy? How about a Halloween mask that turned the wearer into a monster? The good news is, a reboot of this epic series was announced in April 2020. You can stream the old “Goosebumps” on Netflix. Watch this excerpt from “The Haunted Mask.”

2. Saved by the Bell

This glorious sitcom focused on what life was like for students who went to Bayside High School, and it was narrated by the popular boy in school, Zack Morris. The series aired from 1989 through 1993 and even spawned two TV movies. This is a series that dealt with some heavy topics, including drug use, homelessness, and women’s rights. You can stream it now on Hulu, and there’s going to be a revival at some point in the near future on NBC’s Peacock streaming service. Here’s an awesome video of Jimmy Fallon going to Bayside High with the cast from “Saved by the Bell.”

Starring Melissa Joan Hart, the TV series “Sabrina the Teenage Witch” is iconic. The show follows Sabrina Spellman, a teenager who found out on her 16th birthday that she has magical powers. Sabrina lives with her aunts, who are also all witches. They also have a talking cat named Salem. You can stream it on Hulu. Here’s a video of some of the best moments from the show.

If you’re looking for a coming-of-age sitcom that explores what it means to grow up and all of the drama that comes with that, “Boy Meets World” is a good choice. Through seven seasons, viewers get to be a part of the life of Cory Matthews, his best friend Shawn, Cory’s girlfriend Topanga, and even his brother Eric. You can watch the reboot called “Girl Meets World,” which focuses on the grown-up versions of the original character, on the Disney Channel. To watch “Boy Meets World,” stream it on Disney Plus. Here are all the best moments from “Boy Meets World.”

No list of iconic 1990s TV shows is complete without Full House, which ran for eight seasons and is still relevant today. There’s a sequel that was well-publicized, “Fuller House,” that’s on Netflix and you can watch the original “Full House” on Hulu. Check out a clip from the popular “DJ and Kimmy Switch Places” episode.