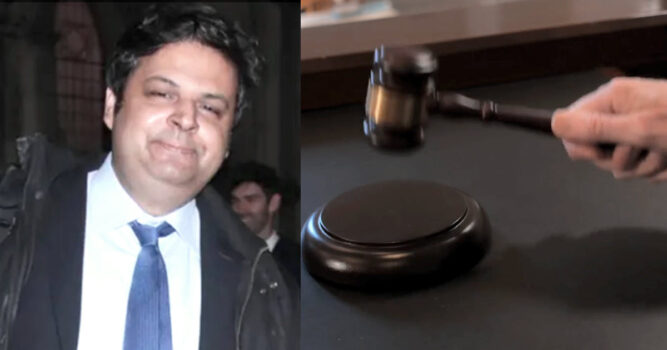 A 41-year old unemployed man lost his most-recent legal battle in an attempt to force his parents to finance his “maintenance” money for the rest of his life. Fiaz Siddiqui won’t be seeing a single red cent from his parents. He argued to the court that due to their refusal to pay him an allowance, his human rights were breached.

However, Lord Justice Underhill said in his ruling:

Siddiqui had leaned on his parents for financial support for many years after turning 18. However, when they decided it was time for him to earn a living for himself, the man decided to sue his own parents.

Faiz Siddiqui, a 41-year-old jobless Oxford graduate, has lost the battle to have his parents provide him "maintenance" for life.https://t.co/KiaG3CfcDt

For many years, Siddiqui lived on money made by his wealthy parents, who reside in Dubai’s ultra-wealthy United Arab Emirates city. Despite being an Oxford graduate, who trained for many years to become a lawyer with a top London-based firm, Siddiqui is currently unemployed and relies on his parents to pay all his expenses. They permitted him to live free of rent in a £1 million London apartment.

They also covered all his expenses and gave him £400 per week for spending money. After a recent argument, his parents made the decision it was time for their son to fend for himself. Naturally, Siddiqui did what any “responsible” adult would do and sued his parents instead of finding a job.

In court, Siddiqui claimed his parents financed his lifestyle for at least the last 20 years, creating a dependence on their financial assistance. He more or less argued that he had a handicap because of their generosity and that they owed him a lifetime allowance since they ruined his sense of self-reliance. His lawyer also argued that the man was qualified for financial support under the 1989 Children’s Act due to his health problems.

– Faiz Siddiqui, 41, says he is totally dependent on her wealthy parents
– Lawsuit against mother Rakshanda and father Javed for maintenance
– In 2018https://t.co/fSnBM84BST pic.twitter.com/Em4QnOXy4E

The judge in Siddiqui’s case claims that the finances the man received from his parents were not obligatory but rather voluntary. He said they are not obligated in any way to support further a son who’s more than capable of earning a living on his own.

According to Lord Justice Moylan, granting Siddiqui victory, in this case, would have been a massive step in the wrong direction. He claimed it would represent a violation of parental rights to respect and privacy. Had Siddiqui proved successful, the court would have effectively violated his parent’s human rights.

A History of Lawsuits

Faiz Siddiqui says he is completely dependent on his elderly mother and father
His parents, who live in Dubai, have given him money and put him up in London
But after a family falling-out Mr Siddiqui's 'long-suffering' parents cut support pic.twitter.com/B6sgqdcYmx

Siddiqui also filed a suit against someone else due to what he claimed to be unfair treatment. Back in 2018, the man attempted to sue Oxford University over his final grade! He finished his academic career with a 2:1 grade or a B minus in the United States. He claimed the grade he received (earned) caused him millions in potential future earnings.

As you would expect, the judge wasted little time in tossing his case into the rubbish bin. The court said Siddiqui’s grade was not the university’s fault or the quality education he received. Instead, the grade reflected his work ethic and lack of financial discipline.

Solicitor loses latest bid for financial support from parents: Faiz Siddiqui previously lost a claim against Oxford University for missing out on a first. https://t.co/vrKfzqJr8l pic.twitter.com/sJ9AVayj2h

Hopefully, this latest court loss will force Siddiqui to re-examine his life and the choice he’s made thus far.

Please be sure to pass this story along to your friends and family.