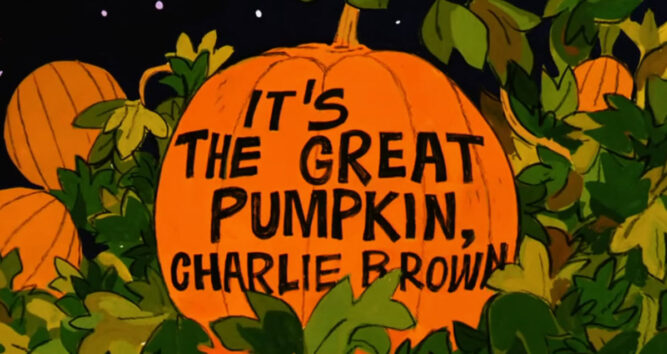 For generations, children have grown up with a Halloween tradition that’s just become a part of American culture, and this year, it seems that tradition has come to an end. The Charles M. Schulz classic, “It’s the Great Pumpkin, Charlie Brown” will not air on broadcast TV for the first time since 1966. Many of us have grown up watching this off-beat, quirky Halloween special featuring Charlie Brown, Snoopy, Lucy, Linus, Sally, and all of our favorite Peanuts characters. And in 2020, this will be the first year fans will not watch Linus as he patiently waits for the Great Pumpkin.

Now, the only place you’ll be able to see this TV classic is on the Apple TV+ subscription streaming service. However, there is some good news. Apple had decided to allow non-subscribers to watch the Halloween classic absolutely free from October 30th through November 1st, a very kind gesture. And while for over the last 20 years, all of our favorite Peanuts classics like “It’s the Great Pumpkin, Charlie Brown,” and  “A Charlie Brown Christmas” has aired on ABC broadcast TV. But now, all of the Peanuts movies will air exclusively on Apple+. This will also include “A Charlie Brown Thanksgiving.” However, the company also plans to offer these shows for free. So you can watch “A Charlie Brown Thanksgiving” free from November 25th-27th and “A Charlie Brown Christmas” from December 11th-13th.

Far be for me to tell anyone what to air, but after 54 years, 'It's the Great Pumpkin, Charlie Brown' on broadcast TV is a right, not a privilege. pic.twitter.com/OgGyAs9zxp

Apple also announced plans to make a brand new Peanut holiday special starring Charlie Brown and all his friends. These specials will include themes for Earth Day, New Year’s Eve, and Mother’s Day.

After 54 years on broadcast TV, 'It's the Great Pumpkin, Charlie Brown' moves to Apple TV+ https://t.co/uoREfNWM2P

That said, not everyone in the country owns a smart TV, so this still means that millions of folks won’t have access to the show this year.

How dare you, 2020!
Our anxieties already had anxieties pic.twitter.com/wcPYUostWK

For more on this story, please watch the video below.