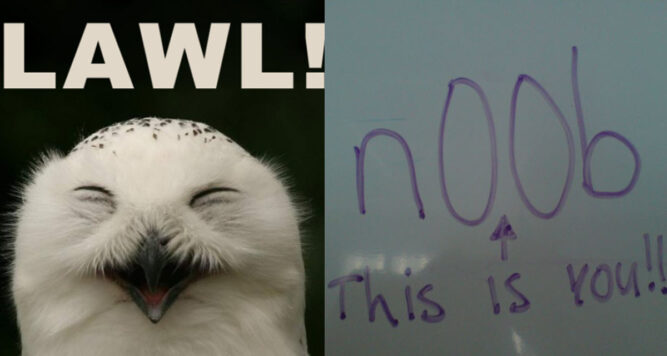 For those of us over the age of 30, it’s weird thinking of the 90s as the “good old days.” For many kids born during or after the 90s, it seems like the stone age. However, the ’90s was more than just a time of unique fashion and entertainment, but also a time in which a monumental bridge called the “internet” connected more people than at any time in human history.  Just look at the end of the ’80s and compare that time to the end of the ’90s, in 1990 a little less than 20 percent of households owned a desktop pc. By the end of the ’90s, that number grew to 60 percent or so.

And folks, as fun as playing solitaire might be, that’s not the reason for the climb. People were plugging into this thing called the World Wide Web and began connecting with tons of folks they would never have met otherwise. And with the birth of this new age of worldwide communication came a shared language, perhaps the world’s first shared language. Internet jargon or slang was developed organically between users around the world to express certain things. And today, virtually everyone on the planet knows what LOL (Laugh Out Loud) along with other acronyms means without even thinking about it. This is pretty remarkable if you sit back and think about it. For the first time in our history, we have a basis for universal communication. Below we’ve put together about 14 examples of internet slang that nearly everyone on planet earth still uses today. 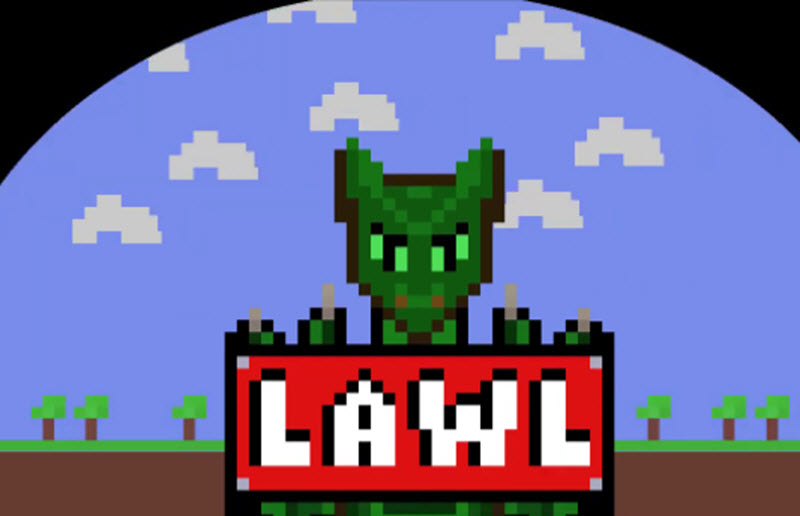 LAWL meant “Laughing A Whole Lot,” but it was the phonetic way folks used to say “LOL” (Laugh Out Loud).  Eventually, it would evolve into terms such as LMAO, LMFAO, LMHO, as well as other colorful acronyms.

2. ROLF (Roll On The Floor Laughing)

This was a more intense form of LOL that you typed when something was absolutely hilarious. Like LOL, ROLF also became one of the most widely used slang terms on the internet. 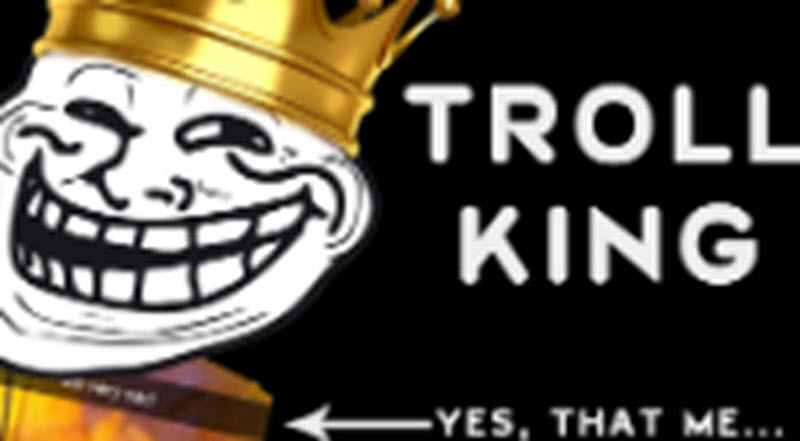 Just about everyone has dealt with or perhaps at one point been an internet troll.  The term is The argumentative strangers love to mock and tease others ruthlessly. Sometimes they can be a mild annoyance, but other times they can even drive a person to acts of violence.

Now, this was definitely created by one of the earliest computer geeks to “troll” others. It’s one of the most creative blends of internet slang and art. 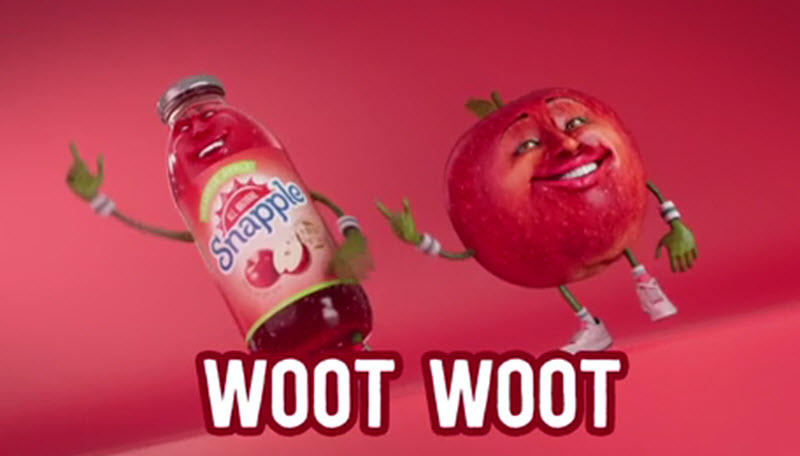 Whenever someone was excited, they gave out a “woot!” or “woot woot!” 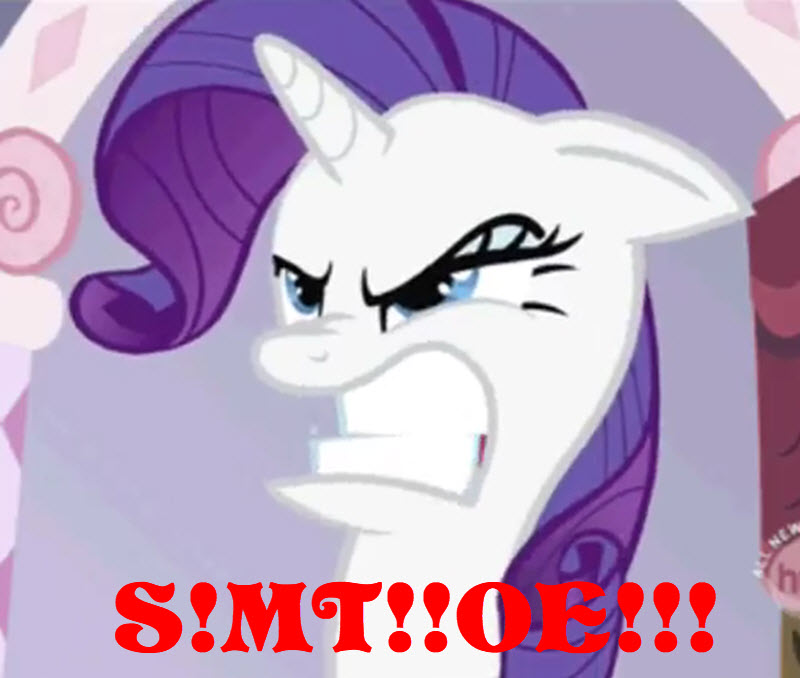 Okay, this is perhaps a bit of a lesser-known term, but it stands for “Sets! My Teeth!! On Edge!!!” Folks use this term to express extreme annoyance with something (like trolls, for example). 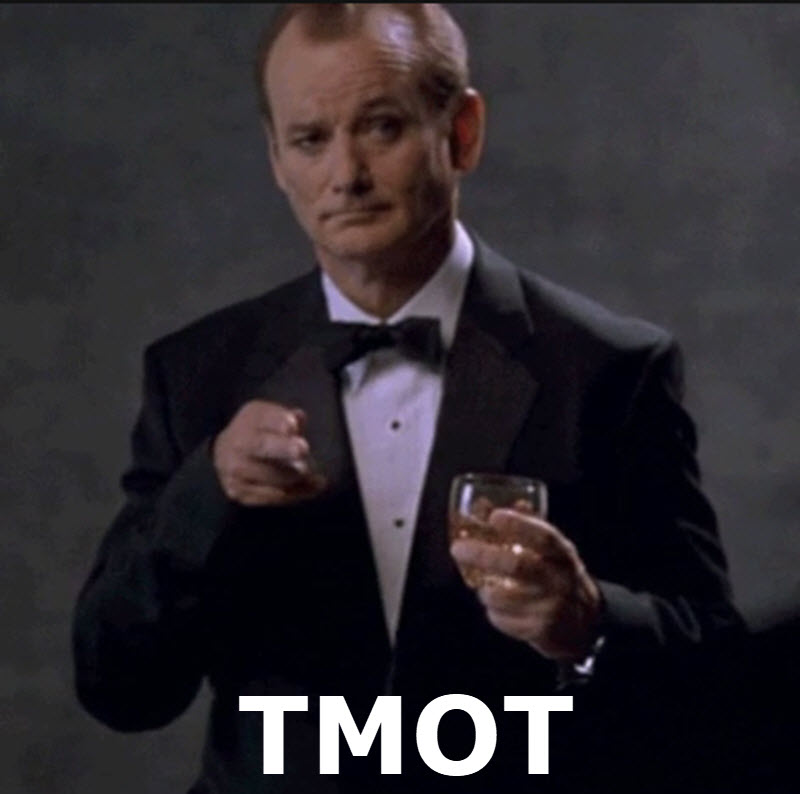 When someone wants to reassure you, they may type TMOT, which stands for “Trust Me On This.” 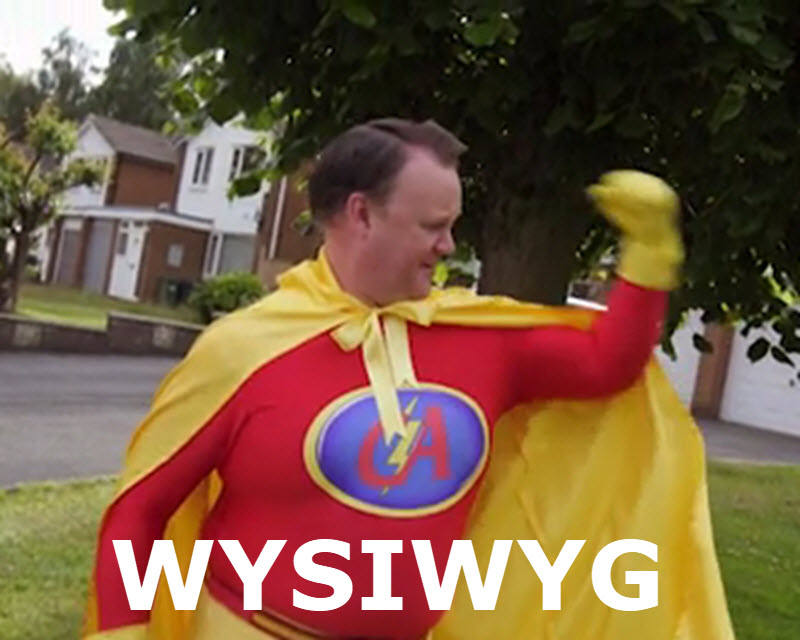 Now, this is a truly obscure term, but some folks still use it. It means “What You See Is What You Get.” 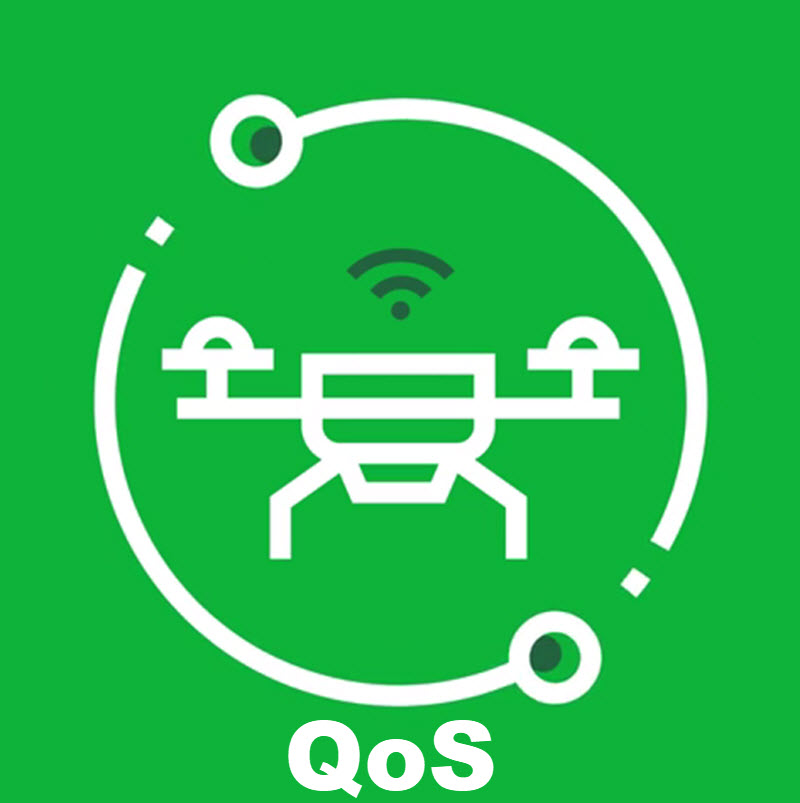 A for those who remember the old dial-up days, QoS (Quality of Service) often addressed connectivity issues. These days we don’t see that term as often. Still, many opinionated social media users probably know about its cousin TOS (Terms of Service), which is often cited for account suspensions. 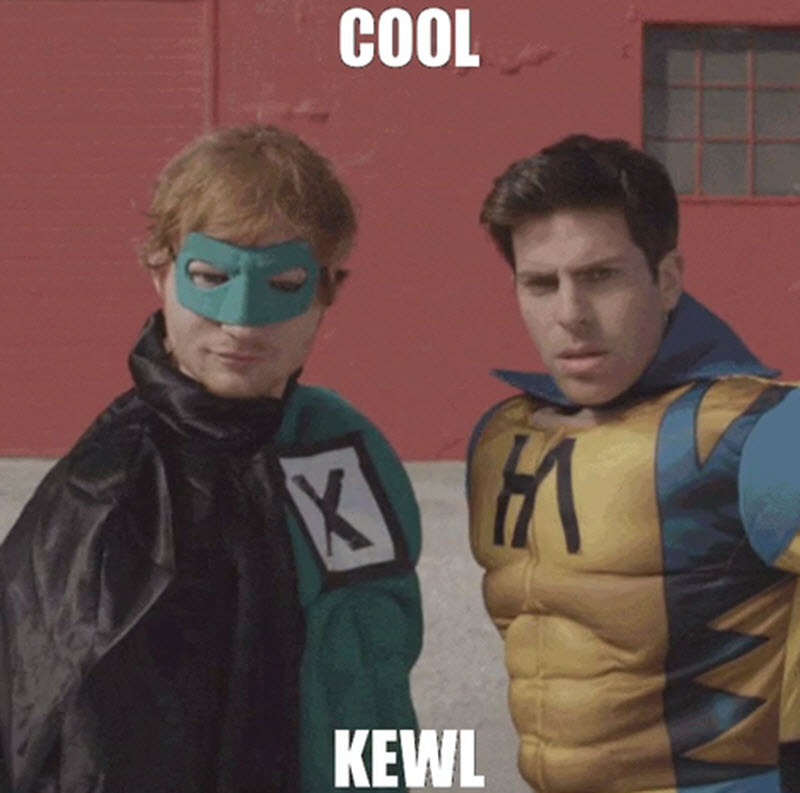 This is just a more annoying way of saying “cool.” And if something was “Way Cool,” you said WKWEL. 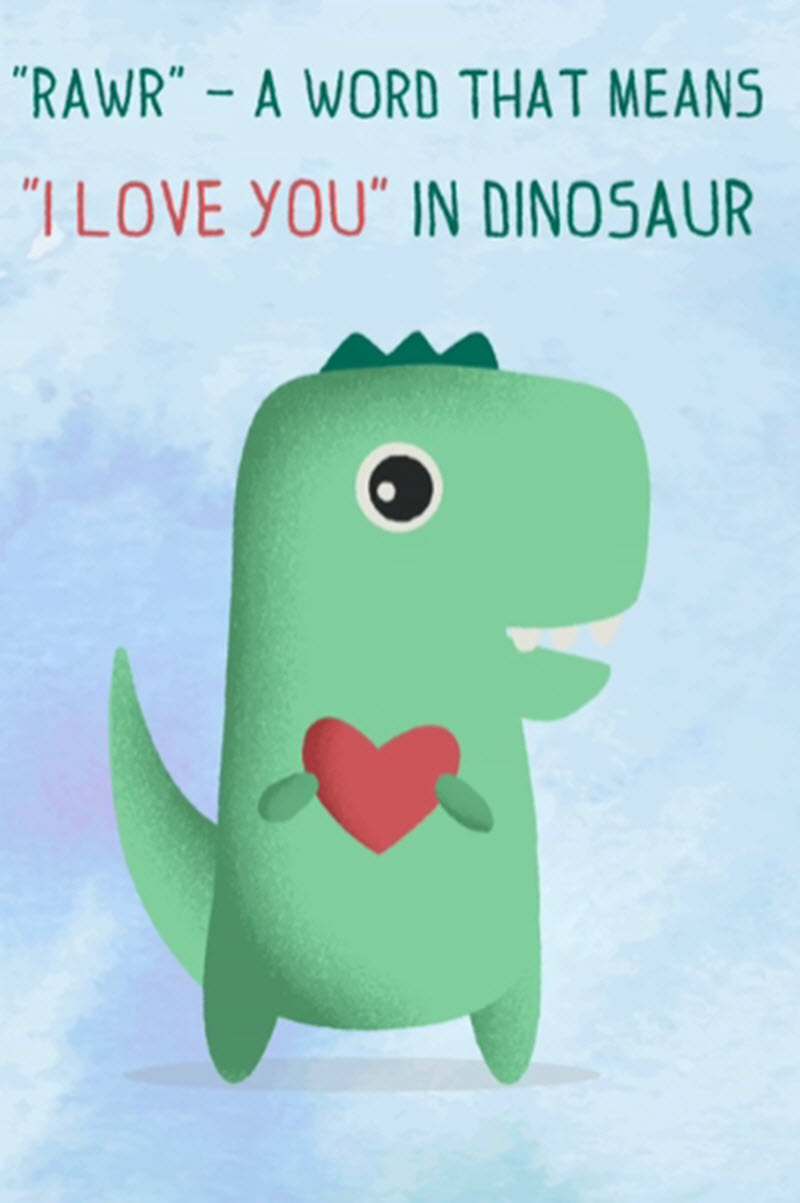 Honestly, I don’t know how anyone came up with this one, but RAWR is dinosaur for “I Love You.” 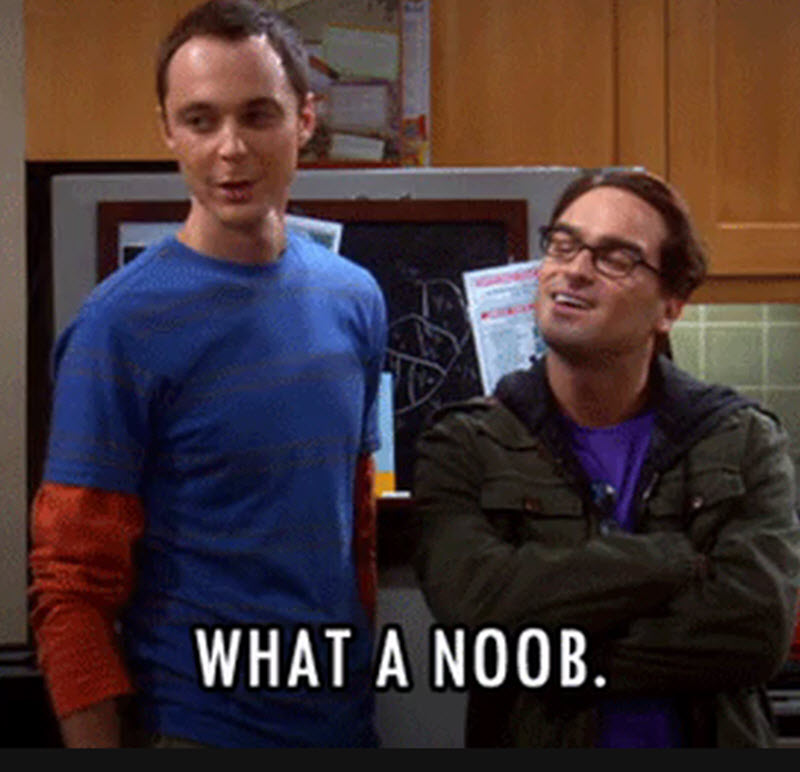 Oh, now this was one of the worst insults you could throw around. When someone’s new to a forum or chatroom or doesn’t seem to grasp a certain concept, more experienced users would call them “noobs.” Sometimes they used the term “newbie” as well. 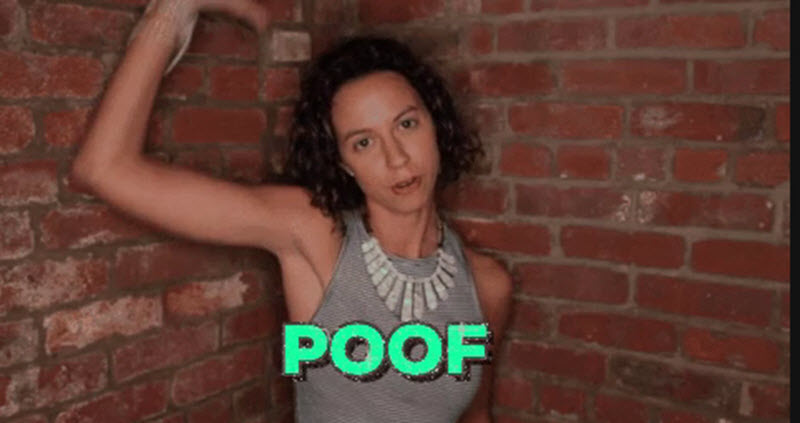 This is probably a term that trolls heard a lot once someone decided to block them or end the conversation bubble. It means that they’ve made you disappear. 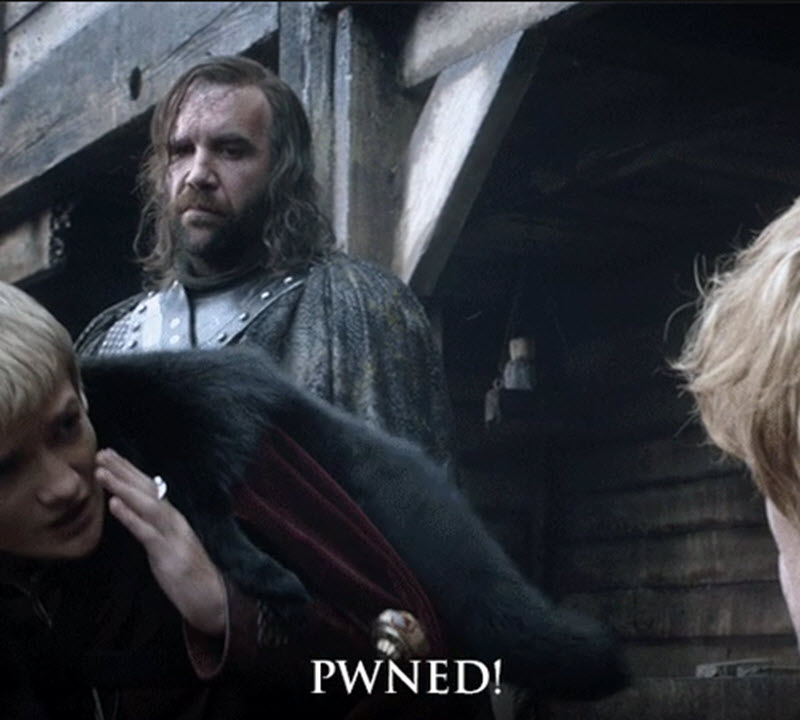 This term came about in the World of Warcraft game. You see, the programmer messed up, so whenever the computer defeated a player, instead of informing them, “you have been owned,” it said, “you have been pwned.” It was a simple keystroke error that grew into one of the most annoying terms in internet history!

Below you can also watch a video showing been more internet slang terms that you may or may not know about.